Beetles on the Brink

The Deep launched a company and community-wide initiative to grow Tansy plants in a bid to save a true Yorkshire gem. 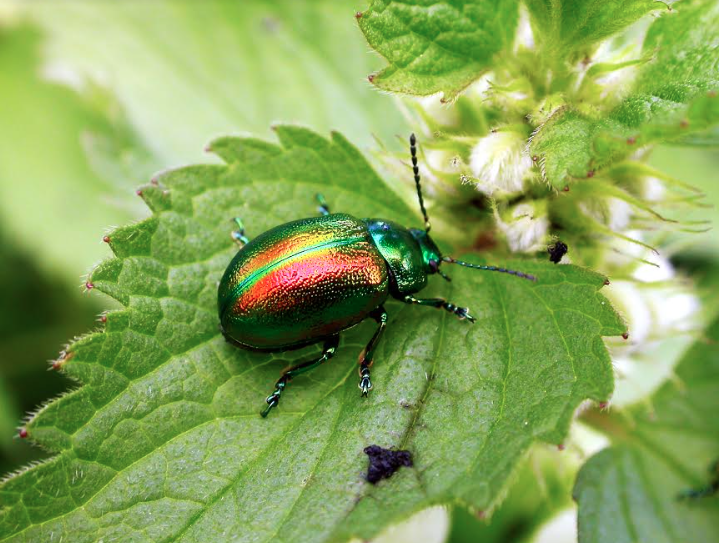 The Tansy beetle is an endangered species throughout its global range, with the largest population found along the banks of the River Ouse in Yorkshire. The Deep and other members of the Tansy Beetle Action Group (TBAG) are working with BugLife, an invertebrate conservation charity, to manage protected areas for this species and also expand their range by planting more Tansy plants.

Nicknamed the ‘Yorkshire Gem’ due to its stunning metallic green colour, this beetle is now a UK Biodiversity Action Plan (UKBAP) species, which means that government bodies have a duty to protect it. The Tansy beetle is dependent on the Tansy plant for survival, using it for both as a food source and an egg laying site. Only able walk a maximum of 200 metres, if a clump disappears it can be a perilous journey for this flightless beetle to move from plant to plant.

With volunteers from the Environment Agency, Hull Universities Horticultural Department and not forgetting staff from The Deep and The Deep’s Business Centre who have kindly committed a windowsill, conservatory or greenhouse to raising these plants, near 400 have been successfully grown. These plants are now being cared for by The Deep’s Husbandry Department until they are ready to be planted out later in the month.

Phill Robinson, one of The Deep’s invertebrate keepers says, “It’s fantastic to have received such enthusiasm from not only the company, but the wider community to support this local species. Everyone has really gotten behind this project and pulled out all the stops to grow as many plants as possible – it even developed a little competition between those involved! Invertebrates play such an important role into the health of the world’s ecosystems, their survival is key to the future of our planet. Anything we can do to help safeguard them is worth getting behind.”

Pressures from land use changes and invasive species such as Himalayan balsam contributed to the dramatic decline in Tansy plants over the past few decades, creating increasingly isolated populations of Tansy beetle. Members of the Tansy Beetle Action Group have been working to reduce the amount of invasive plant species along its range and planting new clumps of Tansy in their place. As a result of this crucial work, species surveys have seen beetle populations increase in recent years, demonstrating how effective habitat management is for species recovery. Further measures have also been undertaken to develop ARK sites away from the Ouse and establish captive breeding populations for future reintroductions into protected sites to expand existing populations.

To get involved, or to find out where to see them further information can be found in the Tansy beetle Hub on the BugLife website: www.buglife.org.uk/tansy-beetle-hub