Creatures You Can Find in Rockpools 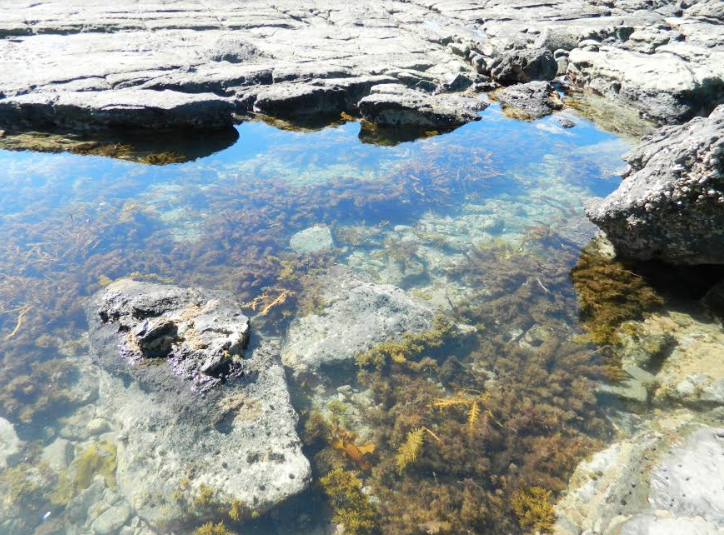 Summer is quickly approaching, and what better way to enjoy the sunshine than taking a trip to the seaside and exploring the hidden treasures you can find in rockpools?

Take a look at some of the weird and wonderful creatures you can uncover.

You might be surprised to find that live prawns are translucent grey, rather than the light pink colour that cooked prawns carry. You’re likely to find both common prawns and rockpool prawns lurking in these shallow waters.

These small crustaceans can be found in groups, living in rocky crevices. Common prawns in particular have a seasonal population that peaks in autumn, but that doesn’t mean you shouldn’t be on the lookout for these creatures during a summer rockpooling session!

Thanks to their bright green colour, these polychaetes look more like gummy worms than marine life. Although their colour makes them easy to spot, they prefer to live under rocks or in mussel beds, so finding some may require a thorough search.

There are a large variety of crabs that make their home in these pools, including hermit crabs and shore crabs. Some crabs have brown and green hues to their shells, which help them blend in with their surroundings. This can make them difficult to spot – even on sunny days!

Although they look like something out of this world, sea anemones are actually related to coral and jellyfish, and they come in a rainbow of colours. Despite their resemblance to flowers, these marine creatures are predatory animals, using their tentacles to prey on smaller creatures.

Given that they have stinging tentacles, it’s better to look with your eyes than your hands.

Gaining their name from the five barbels – whisker like sensors – on their head, these fish enjoy making rockpools their home thanks to the abundance of rocks for them to hide under. They start off a bright silver colour, then begin to turn brown as they mature. An easy way to identify rockling fish is to count the number of barbels they have.

The common limpet is a species of sea snail that is easy to identify thanks to its thick sand coloured shell, which protects them from predators.

Their teeth are made from the strongest biological material belonging to any creature – stronger than spider silk – and help them cling to rocks during low tides, preventing their bodies from drying out.

Surprisingly, you’re just as likely to find starfish in rockpools as you are in the deep sea. Although they can have anywhere between four and fifteen arms, most common starfish have the five arms you would traditionally associate with them.

Did you know that starfish are not actually fish? They are related to sea urchins and have no blood or brain.

Did you know that urchinis the old word for hedgehogs, which is why in other languages urchins are referred to as ‘sea hedgehogs’. Their round body shape makes creatures look like rather odd spiky balls and they tend to come in dark purple and red hues.

Certain members of the species have long and sharp spines to protect them from predators. They also use these spines to crawl along the bottom of rockpools, feeding on algae and smaller creatures.

Gobies are the largest family of fish, with more than 2,000 different species worldwide, and you can find 17 of these along our own shores. Although they are abundant, finding a goby can be quite tricky at times, because they are bottom-dwelling fish and prefer to stay low on the seafloor.

Their colouring can also make them difficult to spot. Gobies vary between a sandy colour and brown tones, which help them to blend into their environment.

Did you know that the common goby holds the UK record for smallest shore-caught fish, weighing in at just one gramme?

There are dozens of different creatures living in rockpools, besides the ones listed here, and the best way to learn about them is to head down to your nearest beach and find out what you can uncover. Go out and discover! To book your tickets to SEA LIFE BLACKPOOL click HERE!

Beatrix Matyas is a writer for SEA LIFE Blackpool, a family-friendly aquarium with over 2,000 marine creatures. They’ve recently released a guide to rockpooling for families.