It was with excitement, that I headed to Leicester Square Odeon to see Despicable Me 3 with my minion mad boys!

Upon arrival, there was fun in the foyer with lots of minion biscuit making activities, minion tattoos and tasty treats. 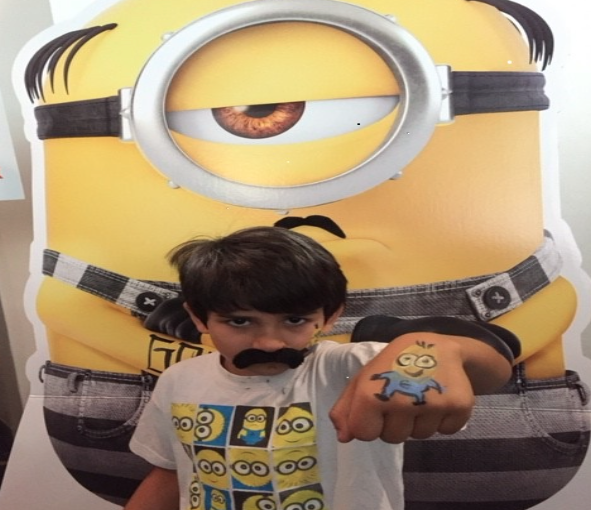 Despicable Me features ex-villain Gru (Steve Carell) who discovers he has a long lost twin brother, Dru. With Dru’s help, (Carell again), they team up to fight against the villain, Balthazar Bratt - a moustache touting, former child star who is still stuck in the character he played in the 80’s show ‘Evil Bratt’ and contains several references and songs from the 80’s such as “Bad,” “Physical,” “Money For Nothing,” “Jump,” “99 Luftballons,” While I love the 80’s, the usual soundtrack of Pharrell Williams-penned pop songs was missed! 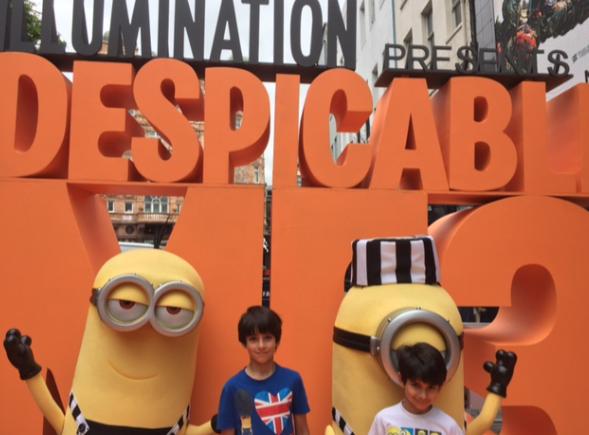 The Minions also end up on their own separate adventure where they stage an uprising against Gru’s refusal to return to villainy and culminates with the minions breaking out of jail. Unfortunately, the minions do not dominate the film, but when on screen -are hilarious!

Overall the film is family-friendly entertainment! The cast is fun, the animation is lovely, and there is a surprising message about the importance of family and acceptance. While enjoyable, the film isn't as good overall as Despicable Me or the first act of Despicable Me 2. However, If your children are fans of the franchise and adore the minions, then it’s a must see! I know that my kids had smiles on their faces from beginning to end.

Despicable Me 3 opens in cinemas on Friday June 30th.