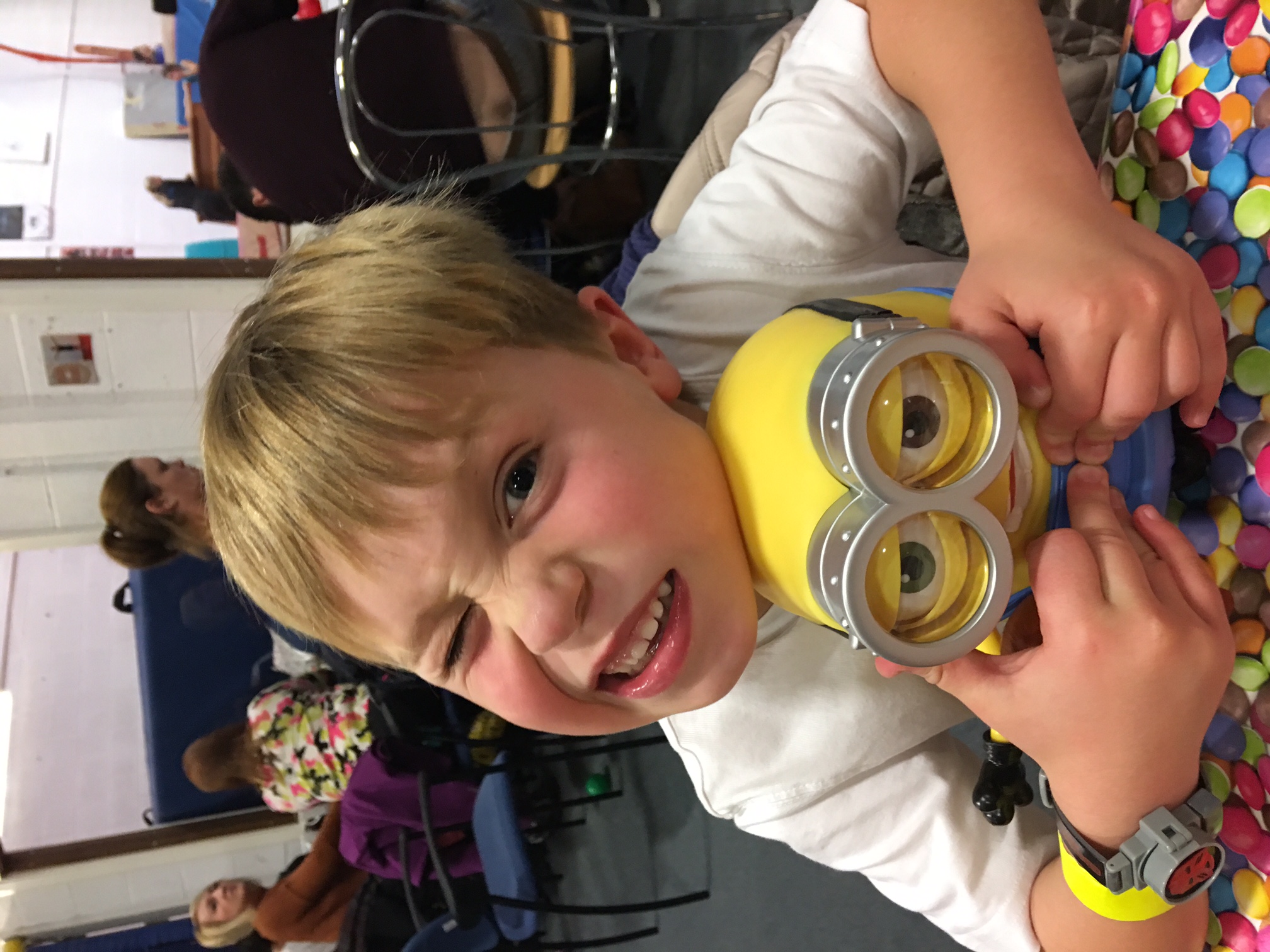 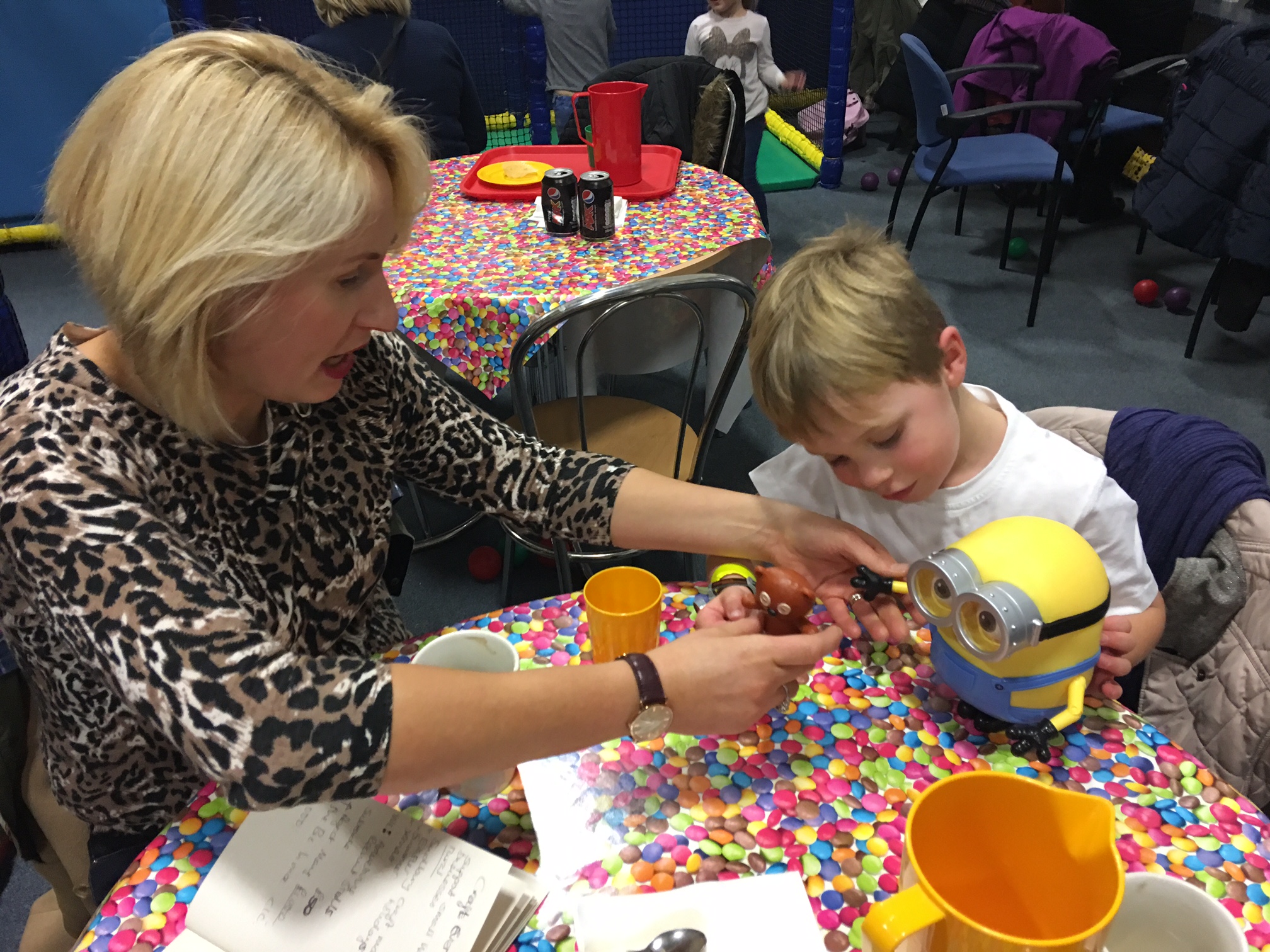 We got our little superstar reviewer Heath aged nearly 6 to try out Talking Bob - his favourite of all the minion characters.

Now Heath spent many months quite literally talking Minion last year, so I was a little apprehensive in case we fell back into that particularly annoying phase of his development - however we have all laughed so much at Talking Bob! He is simply hilarious.

Bob sings and talks, you can squeeze him, push him and when you give him his teddy bear he thanks you! He makes a funny face as his eyelids close too - it made the kids giggle.

From a mummy perspective, he is very well made and feels like he will last. His upper body feels like a skin, which my daughter thought was a bit icky, but means he is malleable, whilst the bottom half feels solid. His legs move too - Heath says it's so he can have a wee!

All in all, I would say this is value for money, and let’s face it everyone loves a Minion. £39.99 RRP Available at Toys ‘R’ Us, Smyths and Argos

Treat your little ones to a very yellow Christmas as a fantastic range of DESPICABLE ME: MINION MADE gifts are now available nationwide. Head online and to all good toy shops including Toys “R" Us, Smyths and Argos to stock your sleigh with a wide range of gifts featuring all their favourite Minion characters including Kevin, Stuart and Bob.