Diary of a Wimpy Kid: The Long Haul

To celebrate the release of the newest film Diary of a Wimpy Kid: The Long Haul
from the popular book and film series Diary of a Wimpy Kid, we were invited on a
fun day out that emulated many scenes from the movie!
We first started off by boarding the party bus for a road trip which was blinged out
with a large flat screen TV, Champagne glasses, Disco lights, balloons and many
sugary treats for the kids! We were also treated to a screening of Diary of a Wimpy
Kid: The Long Haul on the way to our destination-a Micro pig farm!

The film follows the Greg Heffley who is looking forward to a relaxing summer,
but his mother forces the family to take a road trip for a relatives 39th birthday party.
There are many adventures-and mis-adventrues along the way and laugh out
loud moments, such as ‘diaper hands’ (nappy hands). 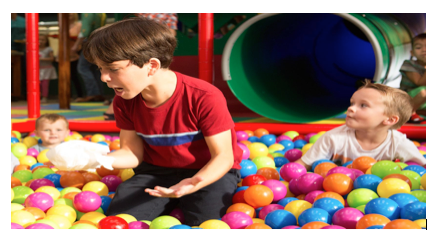 The film also coined some hilarious terms such as ‘Beardo’ a weirdo with a
beard and the humour was such that both adults and children could thoroughly
enjoy! 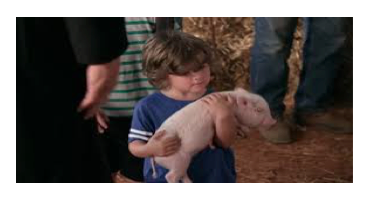 We then arrived at a micro pig farm where we were allowed to play and cuddle
the pigs, ( a micropig being an important part of the film!)

Here are some of the pigs that we got to meet: 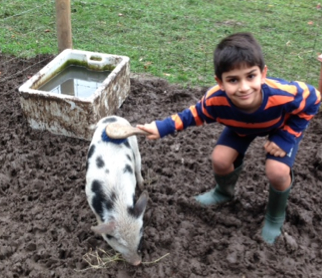 Real life seemed to be imitating the movie as my son Leo fell in the mud twice
while playing with the pigs. 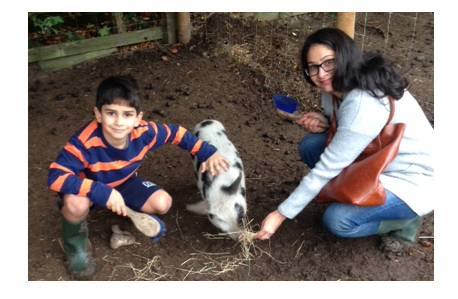 Luckily-it was not as bad as the mud- covered scene in the film! 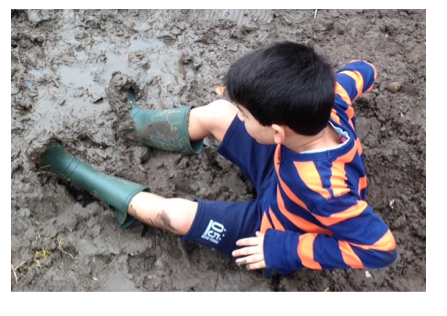 We were then whisked away for a lovely lunch and back on the party bus where
everyone wanted to see the film for a second time! It’s one of those films which
will make you laugh no matter how many times you see it. Highly Recommended. 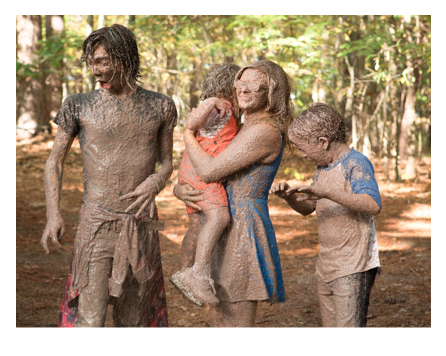 Diary of a Wimpy Kid: The Long Haul is now available on Blu –ray and DVD, from