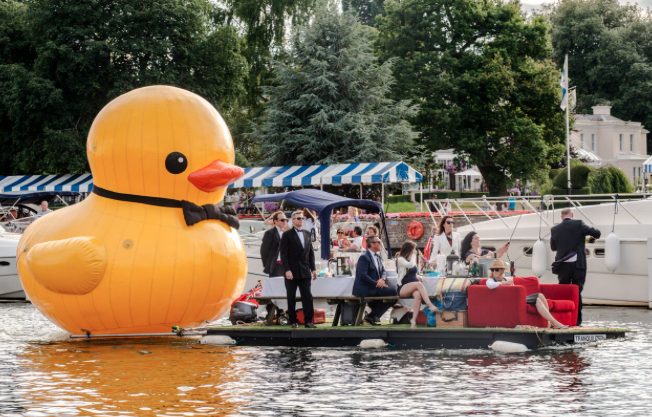 The celebrated music, comedy, arts and food festival will support both charities in 2018, which are each based in Henley-on-Thames.

Dedicated to supporting young people with depression, and encouraging discussions around mental health, the Charlie Waller Memorial Trust was set up in memory of a young man who took his own life whilst suffering from depression. The Trust works to reach the people who can spot when someone might be in trouble, including teachers, doctors, employers and university staff, offering them training to open a conversation and give vital first-line support to young people. It also works directly with young people, giving them the tools they need to stay mentally well.

The Teenage Wilderness Trust supports students who find it difficult to engage with mainstream education by offering reengagement courses using bush craft, wilderness learning techniques and practical life skills to encourage students to get back into learning. Working with many children and young people who have experienced verbal and physical abuse and neglect, the Trust’s goal is to support students in regaining their self-esteem, self-respect, respect for others, and a desire to learn new and exciting skills designed to give them success in life.

Charlotte Geeves, CEO at Henley Festival, said: “The Teenage Wilderness Trust and the Charlie Waller Memorial Trust are both incredible charities, performing vital work in our community in Henley. Supporting local charities is at the heart of Henley Festival’s mission, and we’re delighted to be working with both these fantastic charities in 2018.”

Matt Bailey at The Teenage Wilderness Trust, commented: “The Trustees of TWT are delighted to be working with Henley Festival as one of the chosen charities of the year. We see it as a great opportunity to both raise our profile in the community and work with such a creative and prominent event. It’s fantastic that we can work together in this way to help local kids with their education that might otherwise be struggling to stay in school.”

Clare Stafford, CEO Charlie Waller Memorial Trust, added: “I am absolutely delighted that the Festival has chosen CWMT as one of its charity partners for 2018. The Festival is a wonderful event which will offer so many opportunities for us to increase awareness of our work, to raise funds to help us continue it, and to encourage people to talk positively about mental wellbeing.”

Celebrating the best of international music, comedy, arts and food, Henley Festival is the UK’s most glamorous boutique festival, attracting 30,000 visitors each year.

The festival’s comedy line up has included performances from Al Murray, Reginald D Hunter, Tim Minchin, Angus Deayton, Nina Conti, Sarah Pascoe and Russell Kane. Michelin starred chefs cooking up a feast in the past few years have included Albert Roux, Michel Roux Junior and Daniel Clifford, while artists from Damian Hirst to Salvador Dali have had work exhibited at the festival.

Henley Festival’s 2018 line up will be announced in January with tickets going on sale at the start of February.