Is your name Jack or Rose? Or any variation thereof?  If so, it’s a case of lights, camera and action, as you’ve been granted free entry to the World’s Leading Tourist Attraction, Titanic Belfast, from 19th November – 19th December 2017. 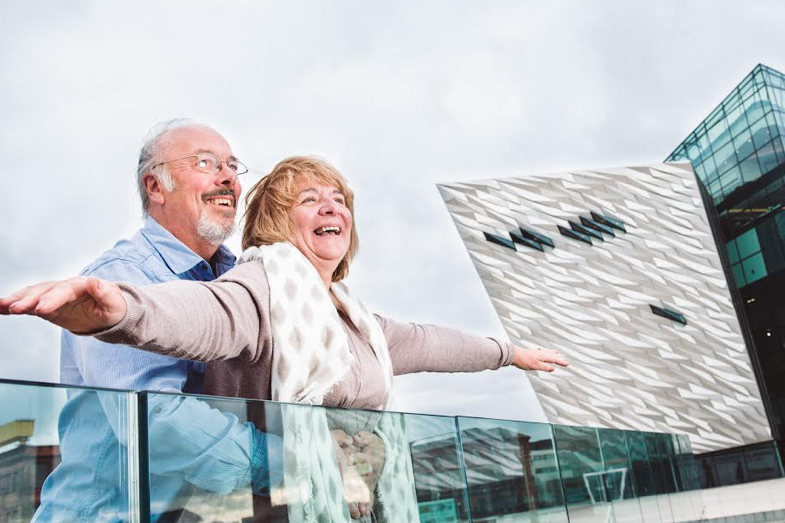 In honour of the twentieth anniversary of the cinematic release of ‘TITANIC’ the movie, which told the epic love story between Jack and Rose on the ill-fated ship, it is offering free entry to anyone named after the two lead characters or variants of the names ranging from French Jacques to Polish Rozycka (full list available on its website) during its Movie Month.

Visitors should bring ID (birth certificate, passport or driving license) to gain their complimentary admission at the Box Office to the Titanic Experience which has been described by ‘TITANIC’ movie director James Cameron as ‘magnificent and dramatic’.

The celebrations do not stop there, as Titanic Belfast has a blockbuster line-up of events to mark the occasion.  Kicking off its Programme of events is an unmissable red-carpet movie-themed Titanic Afternoon Tea and Movie Experience on Sunday 19th November 2017 and Tuesday 19thDecember 2017 – perfect for the ultimate movie fan to enjoy the epic film in First Class Style by the replica Grand Staircase! Sure to be a highlight is the Titanic Drive-In Movie Experience on November 29th 2017, where fans have the chance to win golden tickets to watch the 11 time Oscar winning tragic romance under the stars as it’s screened at the exact spot where the original ship was designed, built, and launched.

What’s more, for one month only (November 19th to December 19th) guests to Titanic Belfast can star in their own Titanic Experience by following the Movie Magic trail, enjoying themed hospitality and re-creating their own ‘meet me at the clock’ photo opportunities on the green screen.

For a full programme of events, and for full Terms and Conditions visit www.titanicbelfast.com