Pampered pooch Mr Hendrix will be spending Christmas in style! 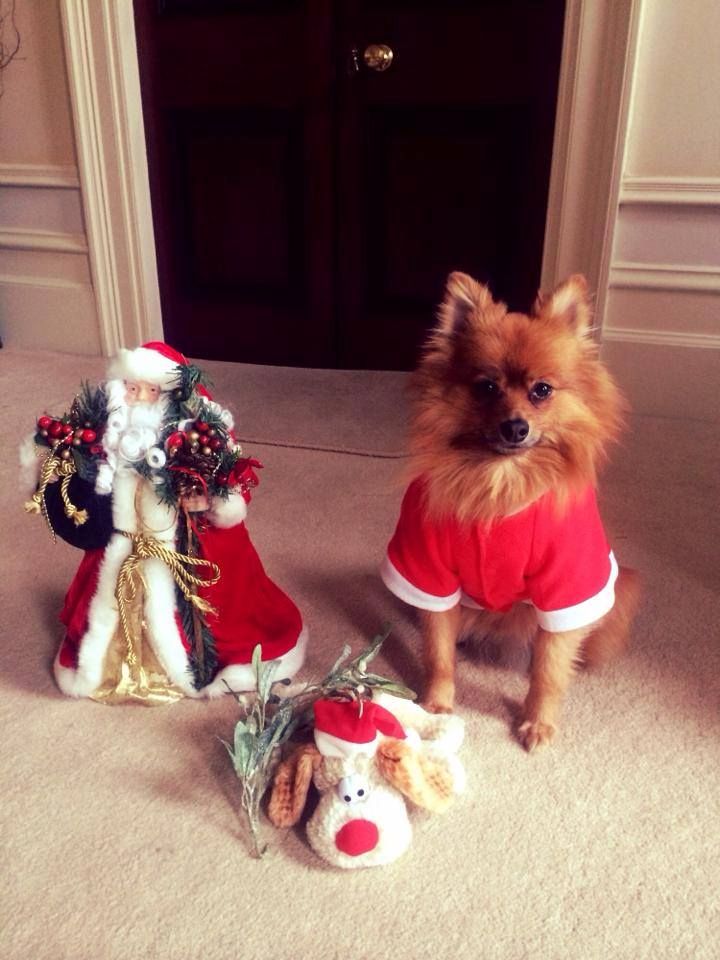 Mr Hendrix is the star of the incredible success story of children's books in 2014. With four books published in 18 months and a string of personal appearances at literary and music festivals,charity events such as Guide Dogs’ Dogs Unite! and much more, Hendrix is ready to relax after a very busy year.

Mr Hendrix is also a serious trend-setter, and has taken the catwalk by storm modelling for leading dog fashion brand Urban Pup.

Whether he’s dressing up in one of his many (many, many) special Christmas outfits, rifling through all his Christmas presents or planning his spectacular New Year’s Eve parties Hendrix throws himself into all holiday activities with gusto!

It all starts with a long lie in with his red-nosed buddy. After that is a long morning unwrapping gifts and rolling in wrapping paper before the first outfit change of the day, something red to go with his favourite Santa’s hat.

Now, no one likes being pampered more than Hendrix, whether it’s getting a ‘peticure’, having his coat combed or just lazing around and being cuddled in front of the fire by his owner Anji Graham, singer, songwriter and co-author of the pre-school picture book series – Mr Hendrix & Friends...

So, how does Mr Hendrix spend Christmas day? After a morning of petting and pampering it’s time for lunch and Hendrix enjoys simply the best – just like we all do on the big day. All of his favourite foods are piled high ready to be scoffed down at record speed.

After lunch there’s just enough time to catch the Queen’s Speech, have a quick nap and a quite pre-shoot preening before it’s time for Hendrix’s favourite thing: the family photo.

Hendrix is the star of four children’s books including ‘Mr Hendrix & The Half-Eaten Mincepie’, written by his best friends, mother and daughter duo, Jennifer Thwaite and Anji Graham who love getting into the Christmas spirit almost as much as Hendrix.

You can find out more about him here: http://www.mrhendrix.com/