Review of Park and Go Garage. 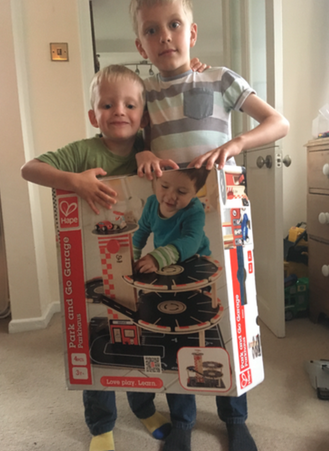 The Park and Go Garage Parkhaus I would say is more like a car park than what my two boys would class as a garage, or as my seven year old described it it is a garage at the bottom with the petrol pumps with a car park on top.

It is sturdy wooden construction with a working lift, three petrol pumps and a Helipad, two wooden cars and a wooden helicopter.
Very easy to put together, the only slight issue was you need a very small screwdriver for the middle rod or tighten it before the base is attached! ( we realised this after tightening the bottom rods, and half hour hunt for a small screw driver ensued.)

Both the boys who are seven and four enjoyed helping putting it together the four-year-old had plenty of things he could do independently and the seven-year-old did a good job of reading the instructions, which kept them both interested and eager to play with it.

Once it was completed both boys spent a long time playing together with it, creating different scenarios and using imaginative role play.
It can be played effectively as a stand alone piece or it can be used with existing toys. The boys put it with their train set and it was also a transformer base! So it is a good toy for stimulating their imaginations.

I was very impressed with the quality of this toy. The company recommends it is for children 3 years and over, which I would say is about right, although I would say it suitable for a slightly younger child. My Seven year old enjoyed constructing and playing with it initially with his younger brother. 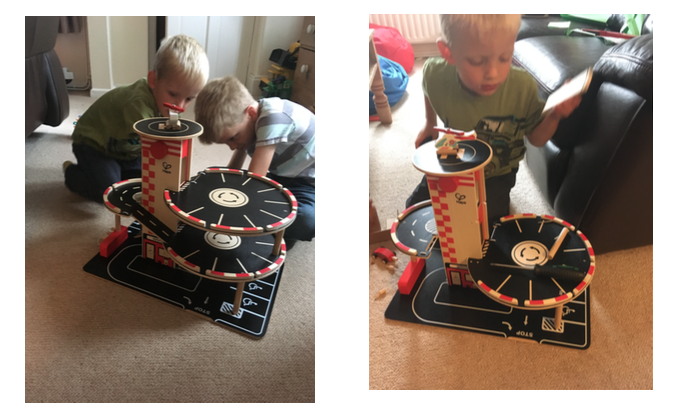 I would recommend this toy, overall it's a a sturdy toy that looks good and it fit for purpose, possibly more suited to a younger child.