Shopkins™ are back with a brand new adventure – where will the fun lead them this time?

The long-awaited sequel sees Kooky Cookie win the trip of a lifetime to London, but it’s not long before plans start going awry… soon her and her pals are hopping from Paris to New York to Tokyo. But with the mischievous Biscuit Bandits on the loose, can the Shopkins and Shoppies save the day?

The film features a high-flying new soundtrack including the catchy toetapper ‘Anywhere In The World’. Make sure you’ve got your boarding pass!

SHOPKINSÔ: WORLD VACATION will be available on digital download from 9th October and DVD 16th October. The DVD also comes with exclusive Crispy or Crumbly Shopkin. 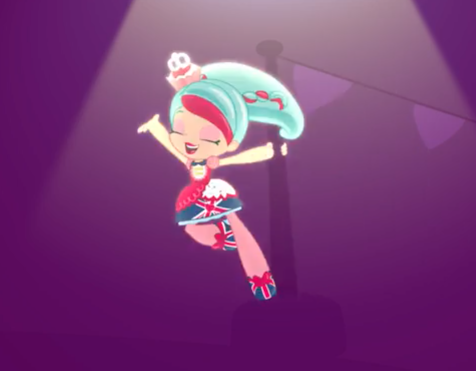 To celebrate the launch of the film, the Shoppies are calling on fans up and down the country to join the UK’s largest simultaneous screening at 4.30pm on Thursday 19th October, saying, “We are super excited to be starring in our second film, and want our fans all over the country to join us in a nationwide screening of #ShopkinsWorldVacation. Just don’t forget your besties and the popcorn!” Watch this space to find out more on where you can download your own premiere pack.

SHOPKINS: WORLD VACATION is available to own on digital download from 9th October and DVD from 16th October.