THE GRUFFALO’S CHILD RETURNS TO THE WEST END CHRISTMAS 2017

The Gruffalo said that no Gruffalo should
Ever set foot in the deep dark wood... 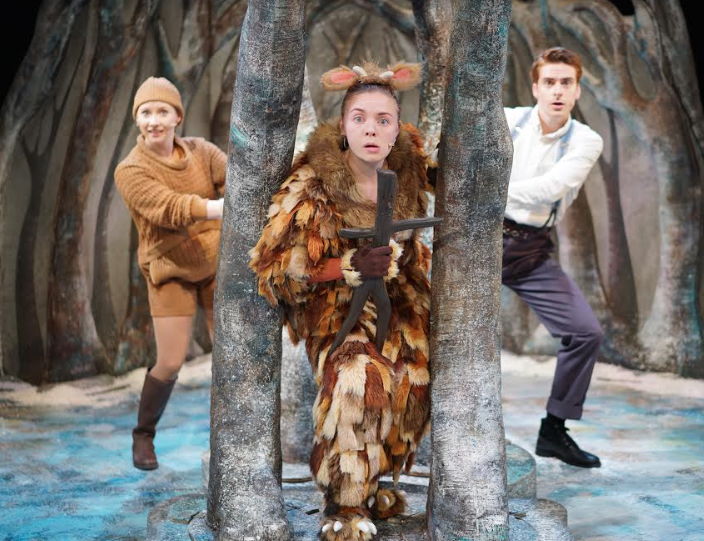 Internationally acclaimed theatre company Tall Stories today announces that The Gruffalo’s Child is to follow in her father’s giant footsteps with a Christmas season in the West End! It’s a big step - just how brave is she? Find out for yourselves by joining her at the Lyric Theatre, Shaftesbury Avenue from Wednesday 22 November 2017 to Sunday 7 January 2018. This festive season will showcase the production’s new set and costumes, and is the first time The Gruffalo’s Child will play at the Lyric.

One wild and windy night the Gruffalo’s Child ignores her father’s warning and tiptoes out into the snow. After all, the Big Bad Mouse doesn’t really exist… does he?

Tall Stories’ magical, musical adaptation of Julia Donaldson and Axel Scheffler’s award-winning sequel to The Gruffalo (published by Macmillan Children’s Books) is ‘everything good children’s theatre should be’ (The list). Songs, laughs and lots of fun for children aged 3 and up and their families.

Tall Stories brings great stories to life for audiences of all ages.

The company is a registered charity which tours the UK and the world with its exciting blend of storytelling theatre, original music and lots of laughs. Tall Stories was founded in 1997 by co-directors Olivia Jacobs and Toby Mitchell. Tall Stories shows have played in the West End, on Broadway, in the Sydney Opera House as well as all sorts of venues and countries in between.

Visit www.tallstories.org.uk for more information about their shows, education resources, accessible performances and to sign up for news and offers.