From the makers of Madagascar and Kung Fu Panda, Turbo is a high-velocity 3D comedy about a snail who dares to dream big - and fast. After a freak accident infuses him with the power of super-speed, Turbo kicks into overdrive and embarks on an extraordinary journey to achieve the seemingly impossible: competing in the world's fastest race, the Indianapolis 500. With the help of his tricked-out streetwise snail crew, this ultimate underdog puts his heart and shell on the line to prove that no dream is too big, and no dreamer too small.

Turbo is out on Digital HD,DVD, Blu-ray and Blu-ray 3D on 10th February 2014 from Twentieth Century Fox Home Entertainment.

WE HAVE SOME FANTASTIC ACTIVITY SHEETS FOR TURBO FANS TO DOWNLOAD, ABSOLUTELY FREE! 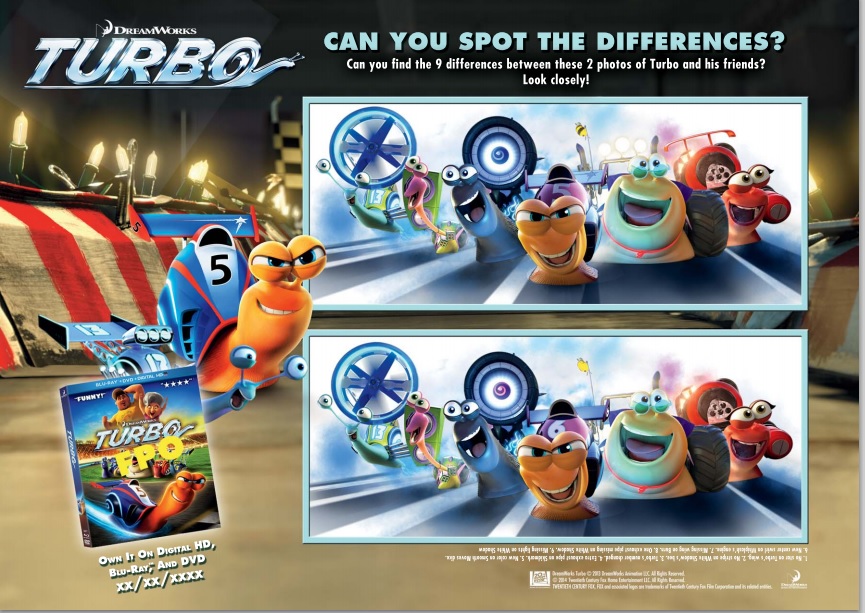 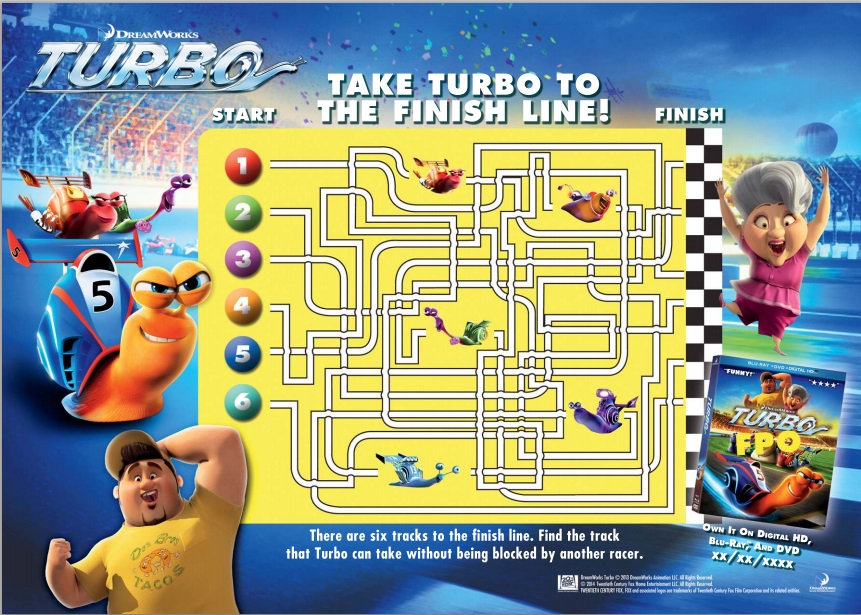 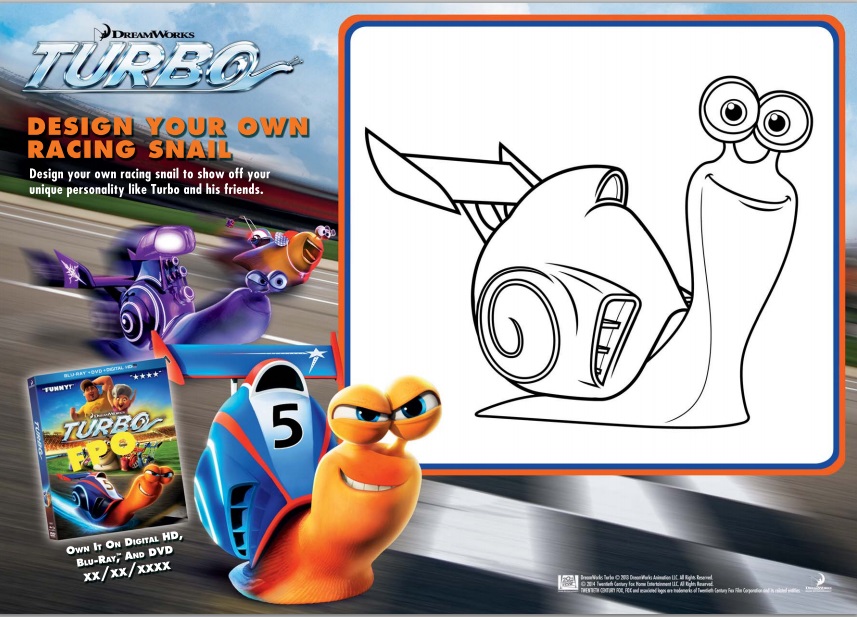