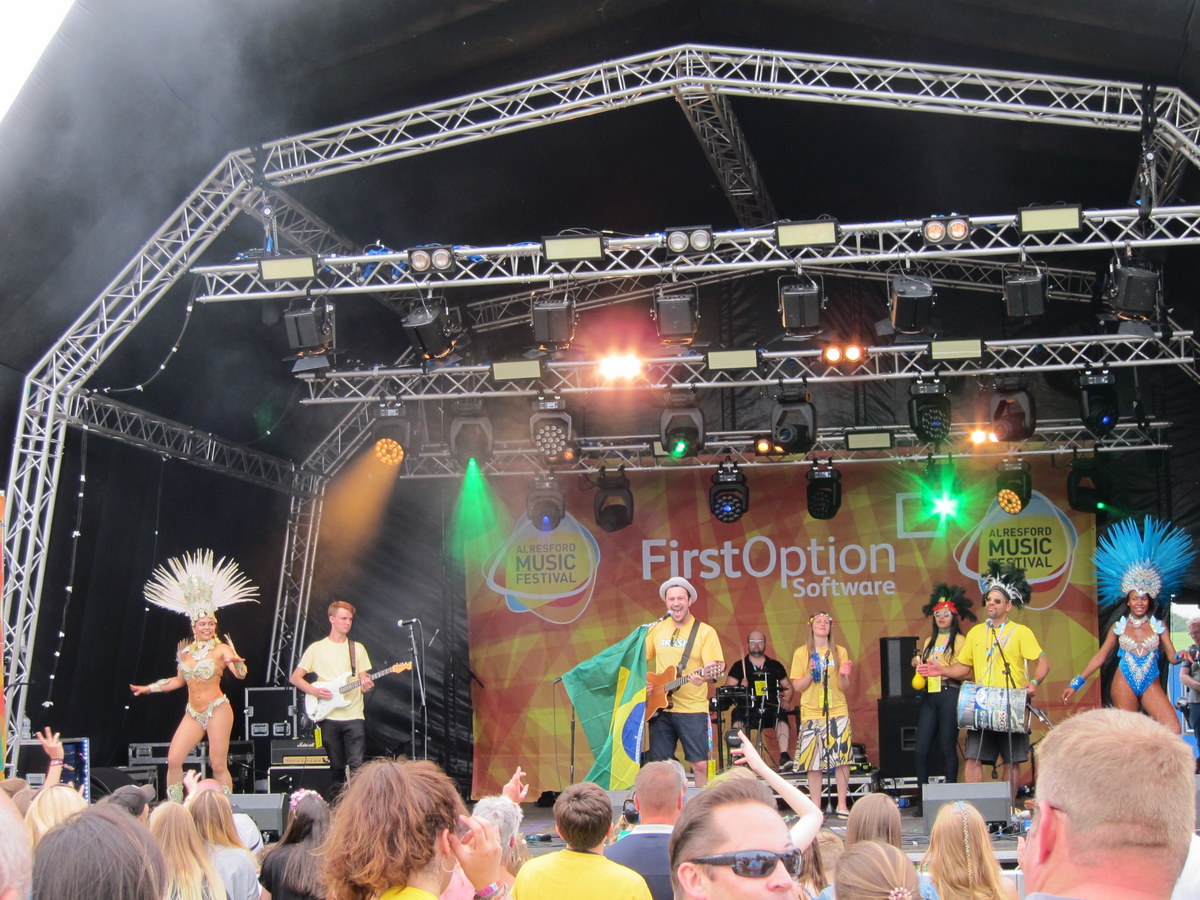 The Alresford Music Festival is a cross between a professional music festival and a village fair, but without the hook a duck.  It did, however, have zorbing, bungee trampolines, climbing walls and surf board simulators, all with queues reflecting the fact that they were free.  However, queues at a festival provide a fantastic opportunity for people watching.  We particularly enjoyed watching a marauding gang of young boys running around with coloured hair spray, which everyone under the age of 11 had by about 4pm, realising just too late that it was no longer cool to have coloured hair as everyone else did.  This marauding gang/overexcited group were apprehended by security and had their hair spray confiscated.  That was the sum total of any trouble at the festival, which had a very friendly, safe feel to it. 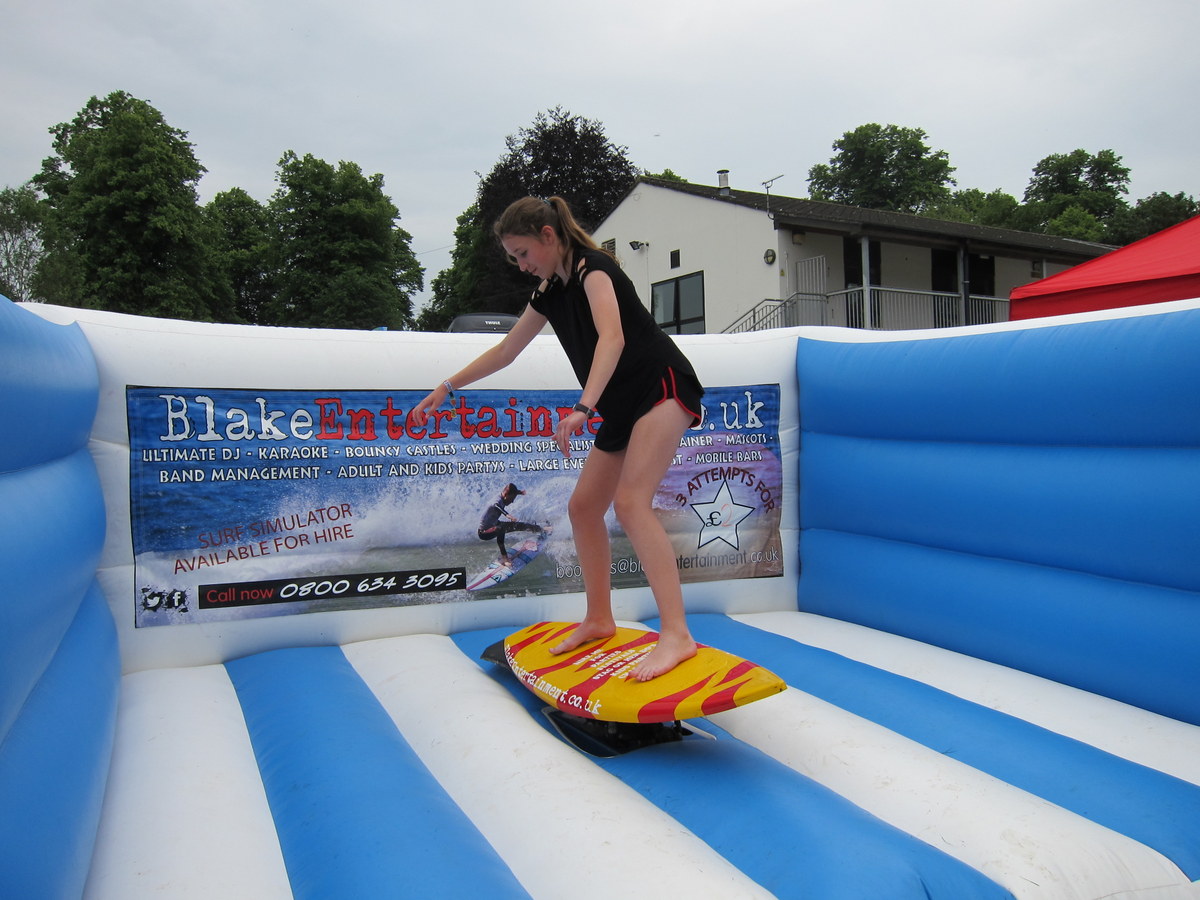 There was lots for children to do and, given the relatively small site (on Alresford Rugby Club pitch), the music could be heard throughout the site so accompanying adults didn’t get left out whilst watching the juggling act.  Amelia and I were very impressed by the quality of organisation, which made what was actually a local festival punch way above its weight.  From the fantastic app, giving an audio preview of each band, to the two large stages, designed to run sequentially so that the next band was ready by the time the previous one ended, to the quality of the admittedly small name bands, we felt like visitors to an exclusive, incredibly well organised, party. 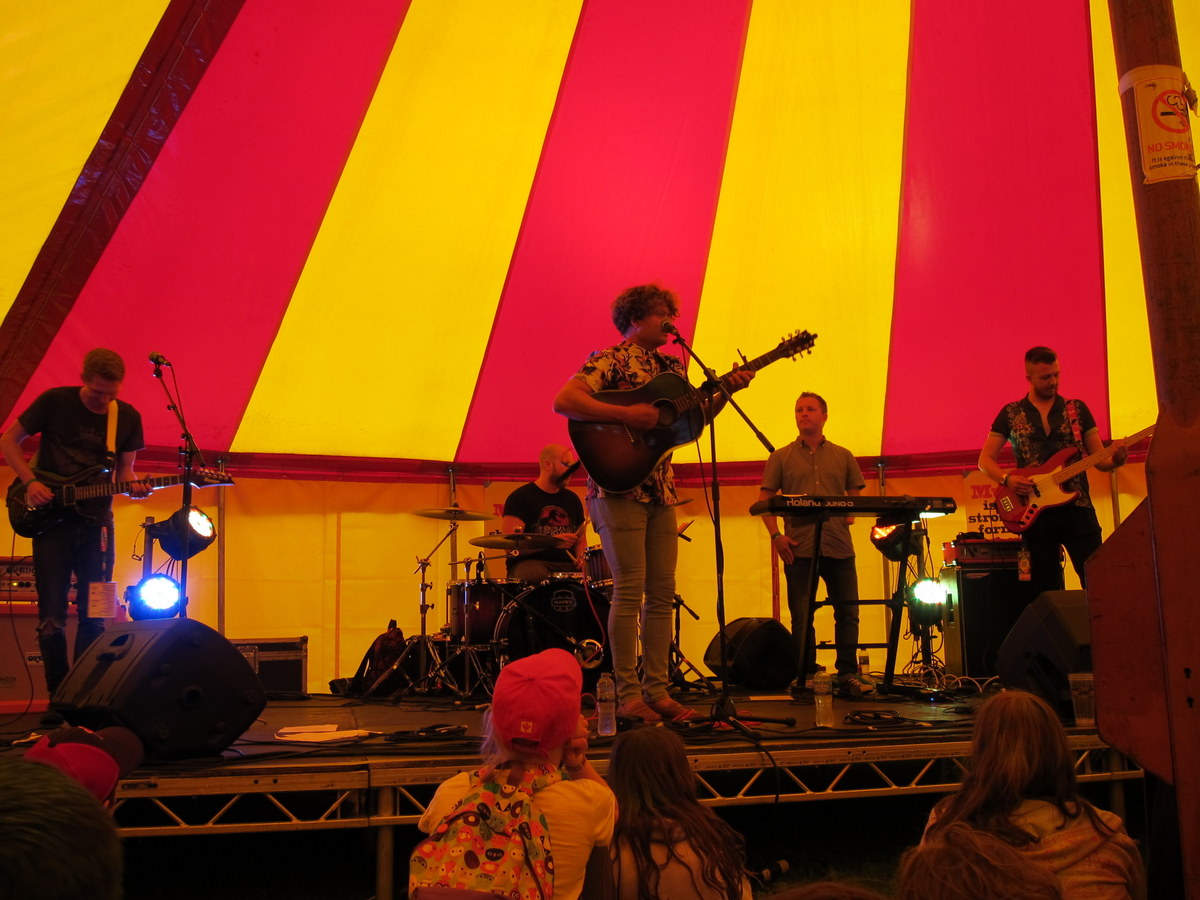 One of our favourite bands at the Alresford Music Festival was Martha’s Man, the Man in question being a local tennis coach, which explained the surprising number of children prepared to sit through the sound check and wait for the band to start playing.  Or perhaps it was mainly the brief spell of rain that sent us into the Big Top where Russell/Martha’s Man and his band were playing.

Much of the quality of the Alresford Music Festival was down to the involvement of the many local businesses in Alresford, but the link with the Brazilian band, Tuto Marcondes, came through a committee member’s daughter who knew someone or other in Brazil who persuaded Tuto Marcondes to bring his carnival dancers (a surprising but very welcome highlight for, let’s face it, the dads) to the unpronounceable English town of Alresford.  There were not many shout outs along the lines of ‘Alresford, make some noise’! 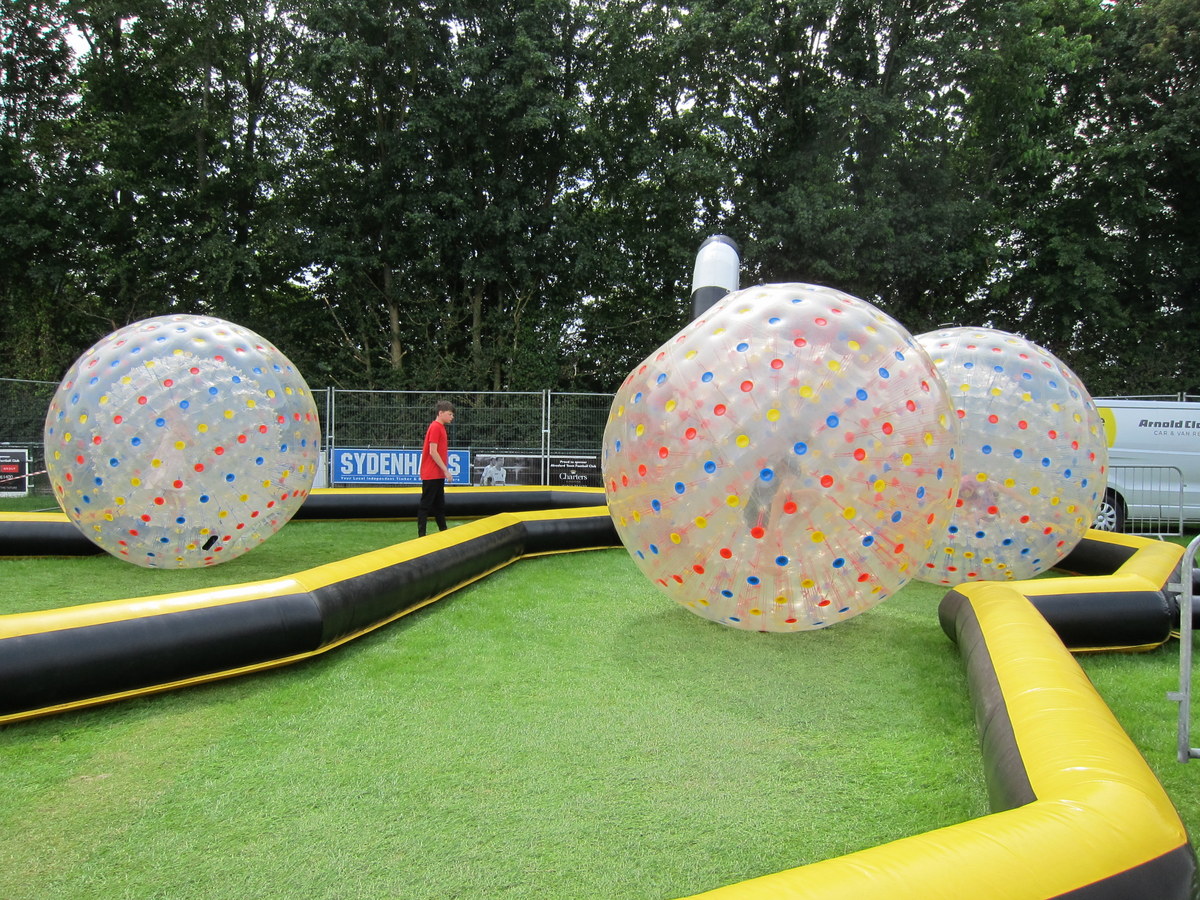 The crowd were, in fact, largely made up of parents and children, for most of the day.  Amelia and I left at 7.30pm, at which point some older teenagers were arriving.  When we were there most of the children were of an age to allow their parents to dance without flying tackles designed to remove us from the front of stage area to save their embarrassment.  Amelia even let me join her in the silent disco, which was a first for both of us.  I had a moment of connection with some other parents dancing on red (the colours around the headphones show which channel you’re listening to) to some Fatboy Slim-type song, whilst the younger elements sang at the tops of their voices to whatever was on blue.  It seemed an ideal solution to what music to play at parties, give everyone their own headphones.

The Alresford Music Festival is a wonderful day out for children and their parents.  It doesn’t have headline bands or the latest street food big name sensation, but there was lots to do, there was a big variety of quality music, there was a good selection of fairly cheap food vendors, and there was the obligatory glitter (worn mainly on men’s beards) and gem tattoos, applied slightly too liberally to many female faces.  It is a very safe venue in which children can roam free (as long as they don’t wield threatening cans of coloured hair spray) while their parents take full advantage of the prospect of a free shuttle bus to Alton station and make the most of the bars and music on offer.  The Alresford Music Festival is a treat for those living near by.