Living it up with the Common People

Common People Southampton was our first experience as a family of a ‘proper’ festival.  By the second day (of two) we knew what we were doing and had a better day as a result. 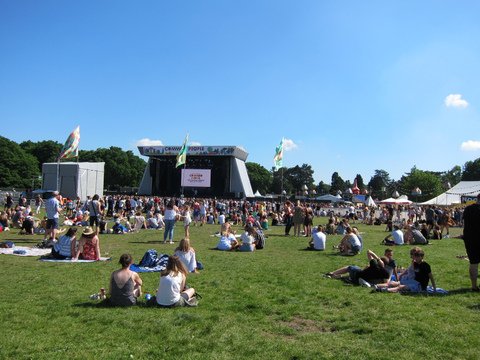 There were plenty of children at Common People, mainly to be found in the Kids Garden which had a number of laid back activities for them to take part in, such as circus skills, an inflatable obstacle course and Punch and Judy shows.  Charlie and Amelia’s absolute favourite, to which we returned repeatedly, was a catching activity put on by the Southern Vipers, the women’s Twenty20 cricket team based in Southampton, which involved one dedicated Vipers cricket player throwing balls at children (and adults) to catch on a bouncy castle.  Amelia was tempted by all the hair feathers/hair braiding/hair plaiting etc. going on but as her school doesn’t allow it we had to pass that by. 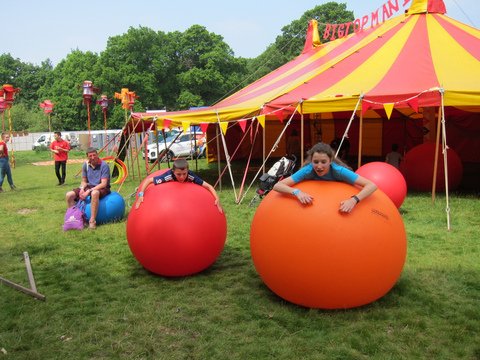 We discovered that the Kids Garden was not quite enough to keep children entertained for 12 hours.  We arrived as the festival opened at 10.30am on the Saturday and staggered off halfway through James at 8pm, not waiting to hear the one James song that we knew.  On the Sunday we rocked up at 2.30pm and made it through to The Jacksons, who were the last act, ending at 10.45pm.  On the Sunday we also took a tennis ball and a pack of cards to make it through the down time between acts and we brought even more water, having splashed out on drinks and dinner the day before.  And Amelia and I took up residence in the second row (the front row was populated by the true die hards) whilst Charlie and Andy hung out in the Nook Bar to the side of the stage. 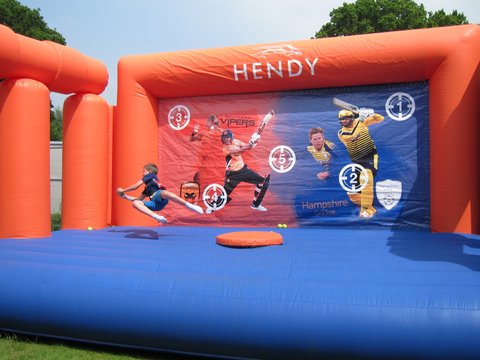 The festival was an eye opener for Amelia and gave us as her parents an idea of what is to come in a few years’ time – fewer clothes, more glitter.  There was plenty to do for music lovers, with a range of stages and music styles over at least four different venues, including a couple of DJ zones – and a few fairground rides which were mainly used by the teenagers and young adults in between sets.  Common People had a relaxed and friendly atmosphere, helped by the scorching weather on both days, and there was no hint of tension or aggression (or drug taking) amongst the festival goers.  The live music seemed to be aimed largely at the older generation, and we were able to introduce Amelia and Charlie to the delights of Boney M, Snap! and, Charlie’s favourite due to the liberal use of swearing and questionable lyrics, all of which he seemed to understand, the Cuban Brothers.

We were delighted to be able to use the Nook Bar which is in the VIP area.  I would definitely recommend it as you could get close to the stage but still have room to dance embarrassingly by your immobile children and, to Amelia’s particular delight, it had ‘proper’ toilets. 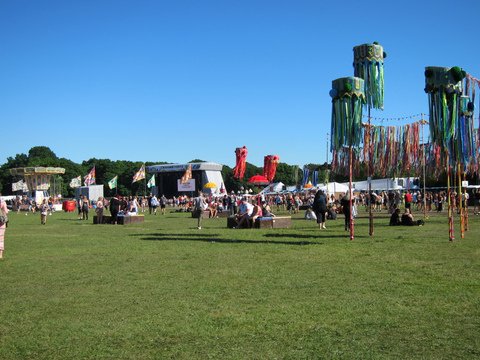 Common People is not Camp Bestival, albeit run by the same people.  It is really set up for young (and old) adults, with things for the children to do rather than Camp Bestival which has a massive focus on children (Bestival is the adult version of the set).  There is no camping (our bed was very welcome at the end of the day, as was the shower).  It seems like a safe space to send teenagers experiencing their first festival as it is fairly compact and they can just go for one day.  I would recommend it for adults who like the look of the line up with children who are happy just to be listening to live music, or to be diving for tennis balls on a bouncy castle.