On Sunday I took my 2 energetic boys, age 6 and 9 to Kidzania. Located in the Westfield shopping centre, Shepherd’s bush, Kidzania is an indoor city just for kids and a great introduction to the adult world. Children can undertake different jobs, where they can explore over 60 real life activities.

Upon arrival, Kidzania is set up like an airline departure lounge. 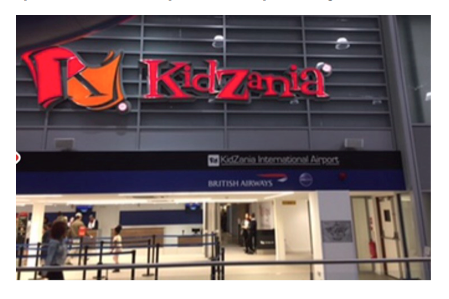 There is a check in desk where you collect your tickets from staff who are in cabin crew attire. We were all given security bracelets with an ID chip installed for security reasons, if children get lost the bracelet can track where they are remotely. The kids were also given 50 KidZos (the official Kidzania currency) which they can spend on various activities or use to purchase goodies at the gift shop.

The Kidzania city is made up of different services, businesses and attractions that children can work at, be customers of. Depending on the task at hand, they can pay or earn KidZos. The whole idea of KidZania is that children can do grown up jobs, earn their own money and then spend the money in the shop at the end – or save it in a KidZania bank account which also earns them interest!

The space is huge, with HUGE and we started off with one of the most popular activities of being a firefighter! There are 8 children allowed for this activity which involved dressing up in the fighter fighter’s outfit, riding around in a fire engine and putting out a makeshift fire with hoses.

It is interesting to note that adults are not allowed to queue for any of the activities, nor are they allowed in the activities themselves but you can freely wander around with the kids. We had to stand outside looking thru a glass window and the kids had complete autonomy from us, which I’m sure they loved.

The boys participated in many other activities throughout the day, but were focussed on jobs that were paid and were looking to save their money.  We discovered that the highest paid job was as a window cleaner.

Not all of the jobs take the same time at Kidzania. Some took around 20 minutes such as making wraps (which we took home and ate for dinner that night), working in a TV studio and Pokemon animation and being a dentist, where they had to extract a tooth. 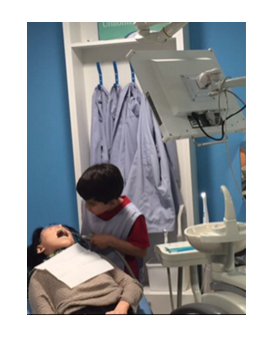 Other jobs were over very quickly such as the Courier service, delivering packages to different establishments and the  Air conditioning engineer (which is actually a soft play activity).My advice it to go as early as possible to try and undertake the above activities as I noticed they were significantly busier after lunch time.

Speaking of lunch, there are several reasonably priced restaurants in Kidzania, but the best value was at GBK. For a mere £2, children can make their own burgers (of a decent size) and can consume them. My boys thoroughly enjoyed preparing their own food and said it was the best burger they ever had! 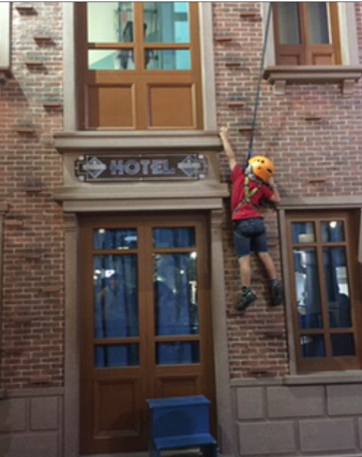 After lunch the boys decided that it was time to spend their hard earned money! They decided to play in a football match in the makeshift stadium and to do some rock climbing, which is actually quite high!

Finally, they went to the gift shop where they had saved enough Kidzo’s from previous visits and bought a Connect 4 game.

Overall, Kidzania is a great place for promoting kids independence by negating parental interference and allowing children to make decisions by themselves. My sons who are 6 and 9 seemed to be the perfect age to enjoy all that Kidzania has to offer, plus they came home totally shattered! Unsurprising as we managed to complete 3-4 activities per hour. At the same time, there are plenty of places for parents to sit and enjoy a coffee and the free Wifi while the kids go to ‘work’. While I originally thought a 4 hour slot sounded very long-it simply was not enough time to do everything and we will be returning.

Find out more about Kidzania
@parent