Retro Beano fans are in for a treat with the release of the new musical Bananaman! Running from now until January 20th, Bananaman is running at the intimate Southwark Playhouse until the 20th January 2018. 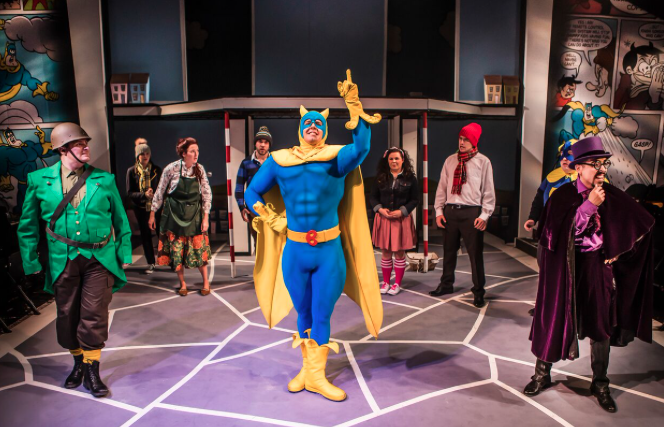 The story of Bananaman the musical, starts at 29 Arcadia road where Eric Wimp resides. He’s a schoolboy working at his mother’s fruit stand and has a crush on roving reporter Fiona. Eric also has a very big secret- When Eric eats a banana-he transforms into Bananaman! This is unbeknownst to the bumbling and incompetent villain’s Doctor Gloom and General blight who are attempting world domination which only Bananaman must stop. 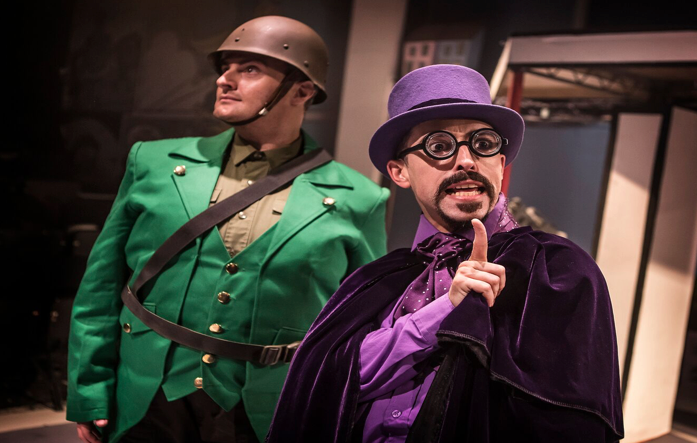 Bananaman’s slapstick humor, witty one liners made for plenty of amusement with plenty of laugh out loud moments. It was the type of humor that would appeal to both children and adults.

The cast consisted of a small group of actors who gave a great performance, playing several characters at a time changing from evil baddies to schoolchildren in a matter of seconds. The performance was very high energy and there was always something going on that held everyone’s attention. I also loved the character of Fiona, who is Eric’s love interest. She played the role of a strong, independent women who showed that a women does not need a man or a hero to look after herself! This was embodied in her solo Pretty in Pink which deals with female empowerment. Another positive message that exuded from the performance was that all of us have a hero within us, which I thought was a great message for children. 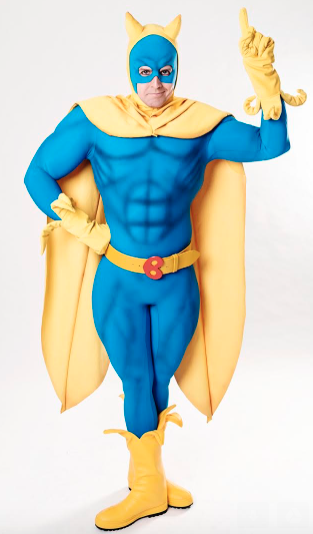 The costumes were also brilliant, funny and very reminiscent of the original bananaman era and  I found the vocals to be very strong with the actors giving their all and keeping everyone energized. This was no small feat seeing that I saw this production with 4 little boys all under the age of 8! They were all engaged despite the this being  over 2.5 hours long ( including an intermiddion). While my kids enjoyed this, I would not recommend it for very fidgety, young children because of the length of the performance, otherwise book your tickets! 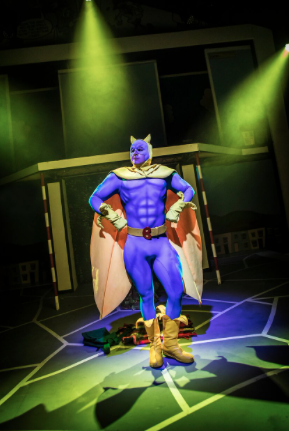