OH WOW! What a fantastic family day out! 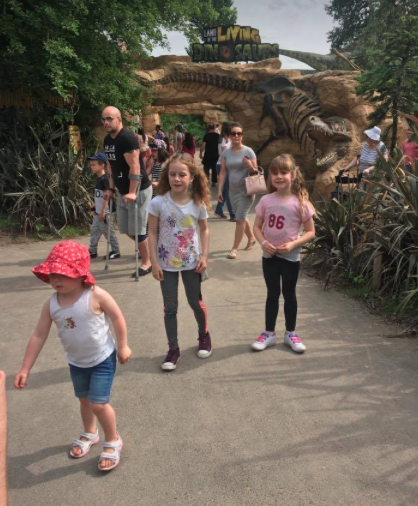 What a great day out! This weekend we took the kids to the West Midlands Safari Park and what a day out it was. We arrived at 2pm after many toilet stops on the way. This was our mistake, we should have been there at doors opening as there is so much to do and our 4 hours was nowhere near enough. 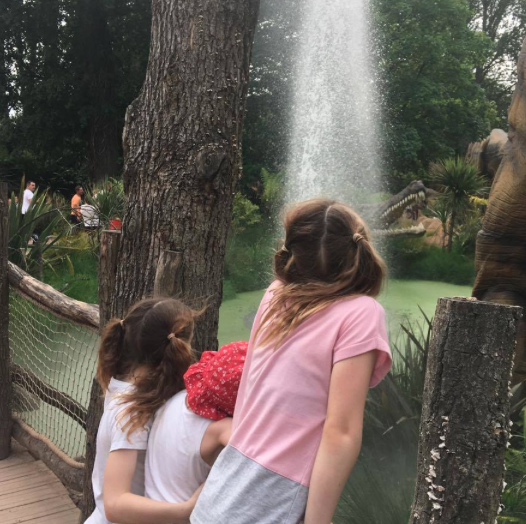 The grandparents and my brother and his family came along too, they have two girls one 6 months and 3 years old.  My girls are 7 and 8 and this day our was literally perfect for everyone a real intergenerational day out that everyone could enjoy.

First we had a picnic a great idea if the weather is good. There’s loads of seating about and if you forget the picnic there are plenty of food outlets to suit ever taste. 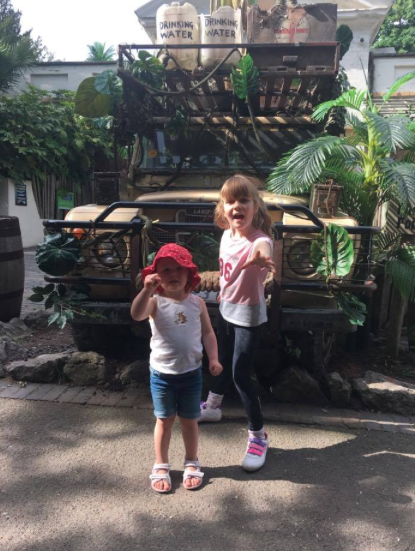 Next we went on the safari. This took just under 2 hours but the kids never tired of looking at the lions, giraffes, rhinos, deer….. all the animas are amazingly looked after and all seem very happy! 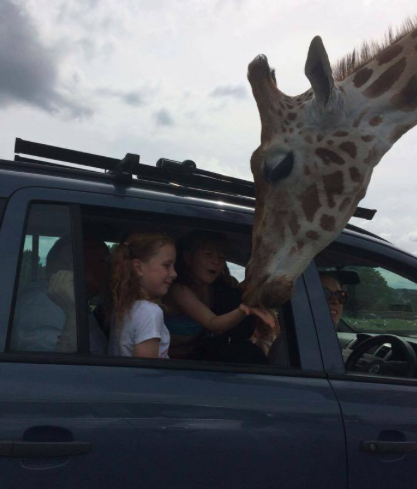 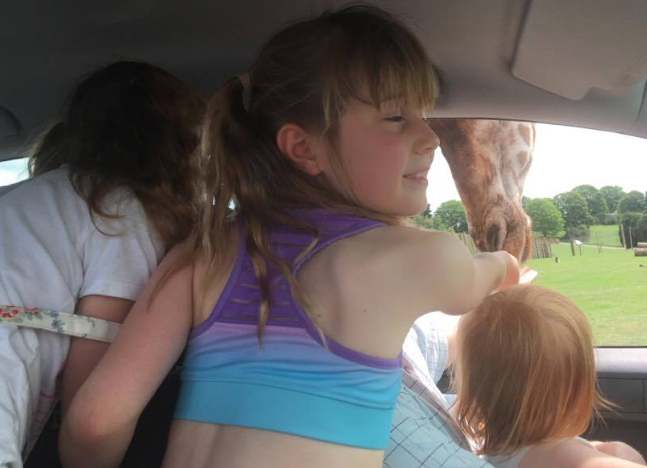 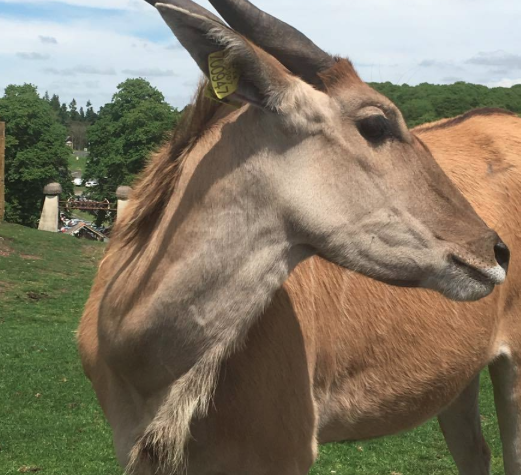 This was a hot day and I just wish we had recharged out air con!! It was the ONLY down side to the day!

Feeding the giraffes for the car was THE HIGHLIGHT of the day!

Check out this photo of my sister in law in their car. 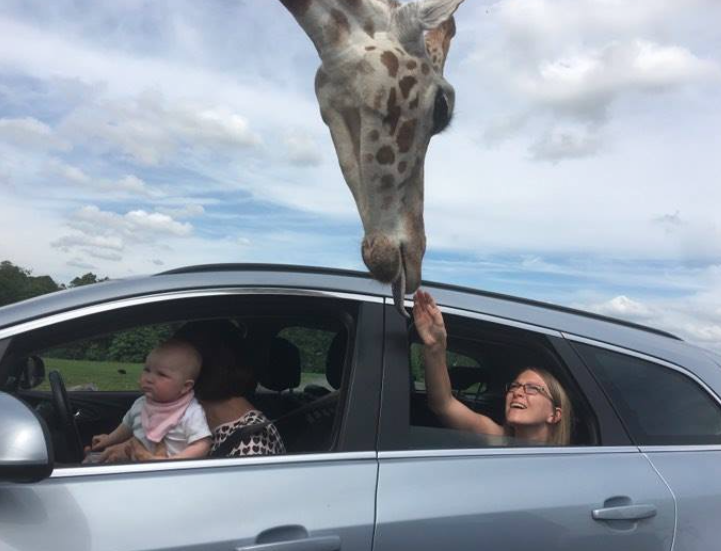 We got so close to so many animals, I have done this kind of thing before but this was amazingly close.

After the safari we parked up and used the loos, these are all clean and in good condition. 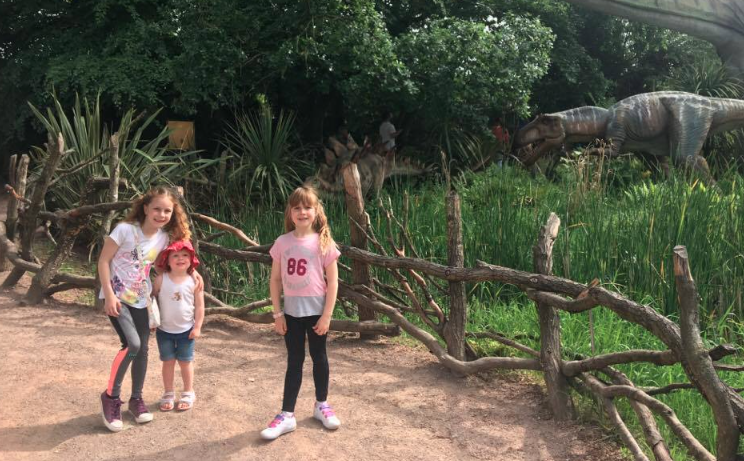 After a quick rest and refuel we headed to the park. I was not expecting there to be so much more to do. There are loads of animal zones for the kids to look at and shows to see. We missed most of these, if I went to the Midlands Safari again I would be there at doors opening. 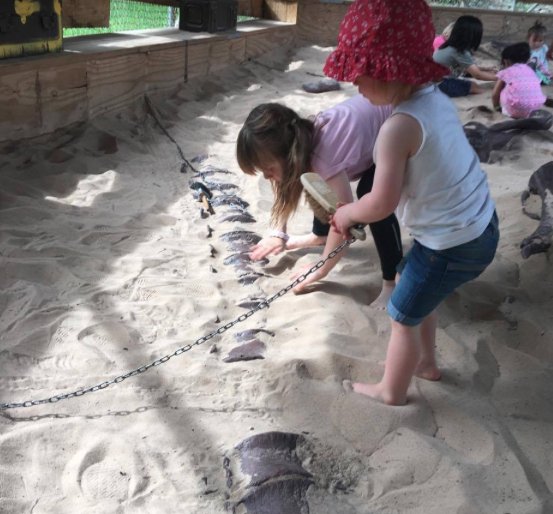 Next we visited Dinosaur land and again this was top quality. I have no idea if this is new but it was immaculate, so clean and tidy and so much to do. We dug for fossils, rode dinosaurs, there was loads to see and do as we walked through. Although a little short on time we rushed. The kids wanted longer but I had to move them on as I really wanted to check out as much as possible.

We did however managed to see the Sea lion show, this was great packed ful of tricks. The kids were wowed, actually so was I. There were plenty of seat and a buggy section every where was tidy and clean. The show lasted a good 30 mins and after this we left the park to try and avoid any queues on the way home. 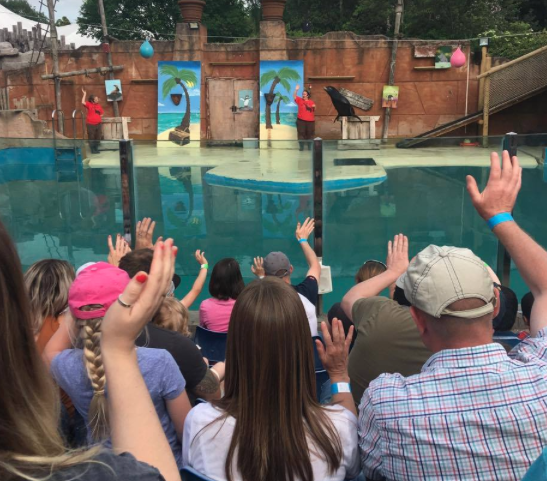 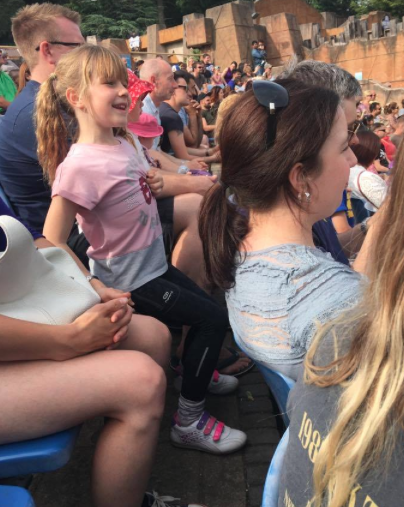 I would 100% recommend this day out if you are planning a day in the midlands. Number one tip…..arrive early there is a full days worth of entertainment here for all the family and our 4 hours should have been at least 6! 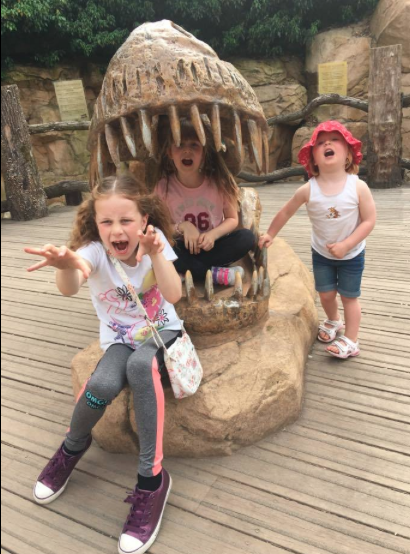 We didn’t event get to the rides, meerkats and rhino section in the last third of the park and from the peek I took whilst buying an ice-cream this could easily have taken up another 3-4 hours of the day! 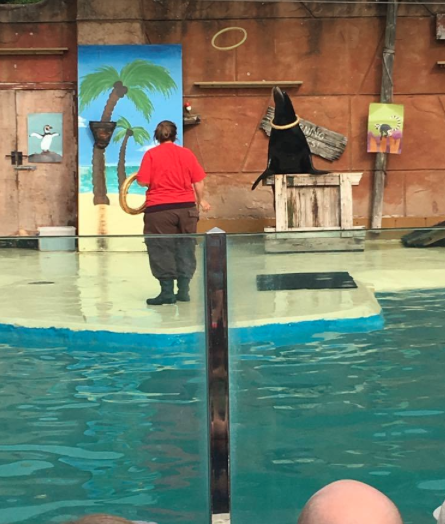 If I could give this more that the 5 out of 5 I would be doing!

Selina from What to do with the kids took her family to review West Midlands Safari Park and check out what they were up to this Winter. Here's the review: Well West Midlands Safari Park had really made a massive effort to make it a winter wonderland, as you walked into the walk around park area there was fake snow falling and everywhere had snow and presents and christmassy things. We didn't go and see Santa but the grotto looked good. The staff were dressed as Elves - pink cheeks and all and even the map had a winter theme and only showed what was open - the theme park closes over the winter.

When we arrived, there were plenty of staff on hand to guide the cars to the pay booths. We went straight into the Safari section but wished we had parked up, used the loos and had a coffee as we had been in the car for a long time.

The safari was great, well signed, lots of staff on the ground and secure. We got close to so many animals, it was amazing for all of us, adults and kids alike. We took our time and spent about an hour tootling around, and we could have gone round again later.

The walk around section of the park was a winter wonderland. Bauble the sea lion did a Christmas performance which my kids found hilarious!

The park was very well kept, enclosures all looked big enough and the kids commented on how the animals had nice homes. The bat cave and lorikeets were very interactive, being able to walk amongst the animals. The lorikeets rest on your arms or heads and my two were amazed and would have spent much longer in the enclosure if I had not been the victim of a bird poo attack!

The lemur and goat walk was also brilliant and we got up close to the animals, which was set in a lovely piece of woodland at the edge of the park. There were animal talks throughout the day from the keepers and as it was quieter than in the summer - you could get closer, ask questions, spend longer looking and reading information etc.

Land of the Living Dinosaurs was set in a tropical garden and was really interactive, great moving dinosaurs, real fossils, facts and information. The kids could pretend to be archaeologists in a giant sandpit with paint brushes to find the relics. This area has completely fascinated my son, who has for days after our visit played with his dinosaurs and built a theme park for them!

In terms of facilities, all the toilets were clean and stocked. For the warmer months there were lots of picnic benches and kiosks for snacks. The restaurant served well priced, good hot food which we needed in the December cold and all served by lots of Elves, who were also very good at tidying up!

We all really enjoyed our trip and to be honest I could not fault it at all! Well done West Midlands Safari park you get the What to do with the Kids thumbs up!