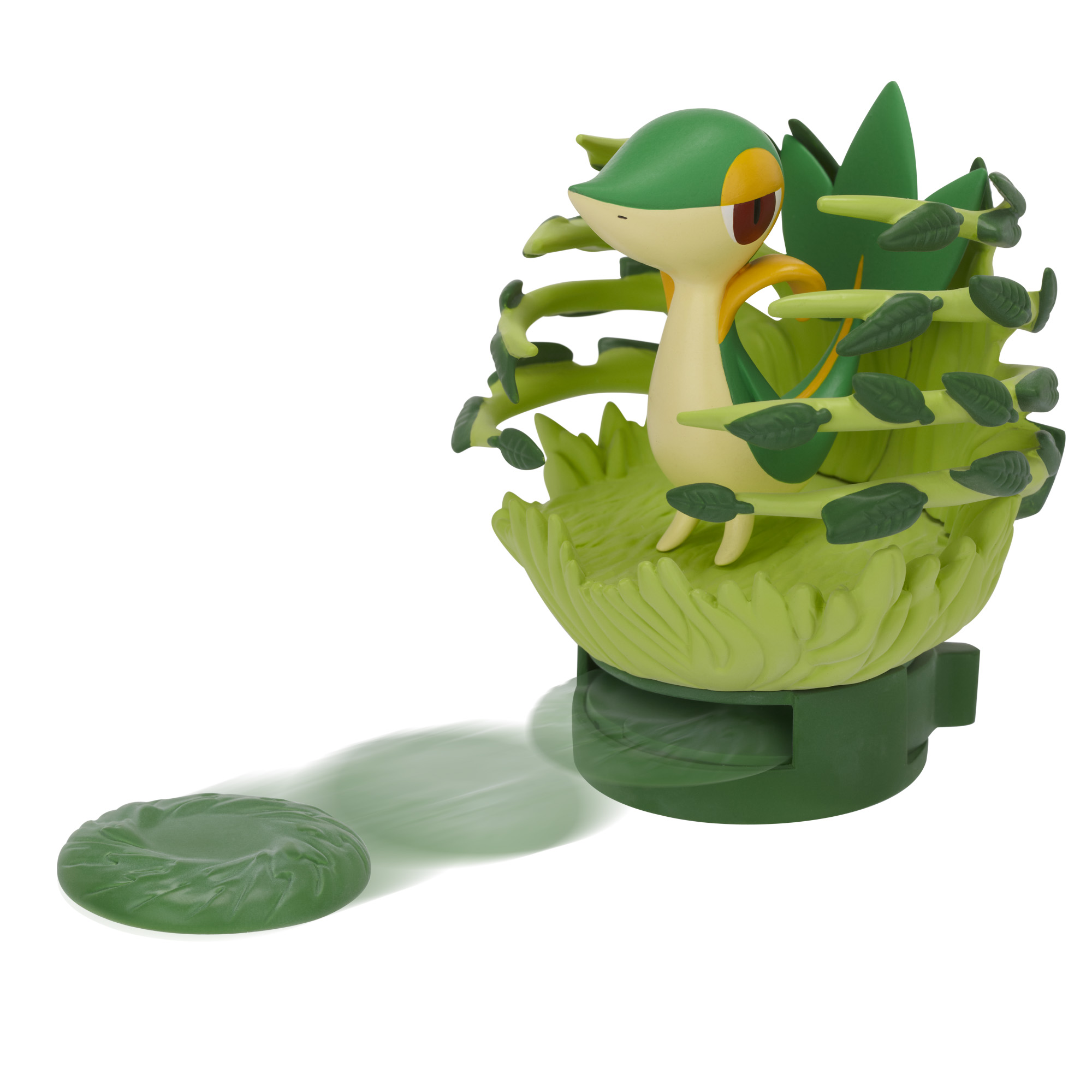 The Pokémon franchise began in Japan in 1996 and is one of the most popular children's entertainment brands in the world.  Pokémon Black & White is the fastest selling video game in Nintendo DS history and one of the strongest performing TV series on CiTV.

We invited What To Do With The Kids reviewers Patrick Kane, with twin 4 year-olds Molly and Chloe to  to review one of the new range - The Snivy Pokémon Attack Figure. Here is what they had to say...

We reviewed the 'Snivy' Pokémon Attack Figure, which is one of four characters in the range - the others are Pikachu, Oshawott and Tepig.

The figure comes with 4 attack discs and 2 targets. The concept is quite simple; the Pokémon figure :úSnivy:ù sits on a base that fires discs at other Pokémon characters.

The only down side to this toy is that the parts are loose therefore can be easily lost as they fire quite a long distance - but other than this the toy is good fun.

My children were not familiar with Pokémon but that didn't stop them from enjoying this toy. Once the kids realised that they could fire the disc at their other toys and knock them over they played for quite some time!

The Pokémon Attack Figures are available now, RRP £9.99 from Toys R Us, Tesco*, The Entertainer, Smyths, Toymaster and other good toy stores.