Power Rangers Samurai is currently the number one boys show on Nickelodeon UK : and the top 5 show overall!

We were invited to review two new toys from the range - the 10cm figure and the mini figures. See our report at the bottom of this page.

The full range of new generation Power Rangers toys are below:

Power Rangers Mini Figures and 10 cm figure - reviewed for What To Do With The Kids by Lucy with Ben, aged 6

The Power Ranger Mini Figures come in an opaque bag - they look a bit like a bag of sweets.

On one hand this is a problem because you don't know which figure you're buying. There are 12 to collect and you might end up with one you've already got. On the other hand it makes opening the pack exciting, and I am sure Ben would be happy to spend hours negotiating swaps with his friends!

The figures stand up well and they have moving joints (waist and head or waist and arm). The pink power ranger arm fell off when we first moved it but we fixed it and it hasn't happened again. They're made of rubber and plastic and are pretty solid little figures.

The green power ranger smelled a bit funny but then this actually acted as a repellent when our cat tried to take him hostage so we see this as a benefit!

Ben really enjoyed playing with these mini figures and I think they are a good pocket money toy or an inexpensive treat. They are only little so they are easy to fit in a bag and take out for the day. 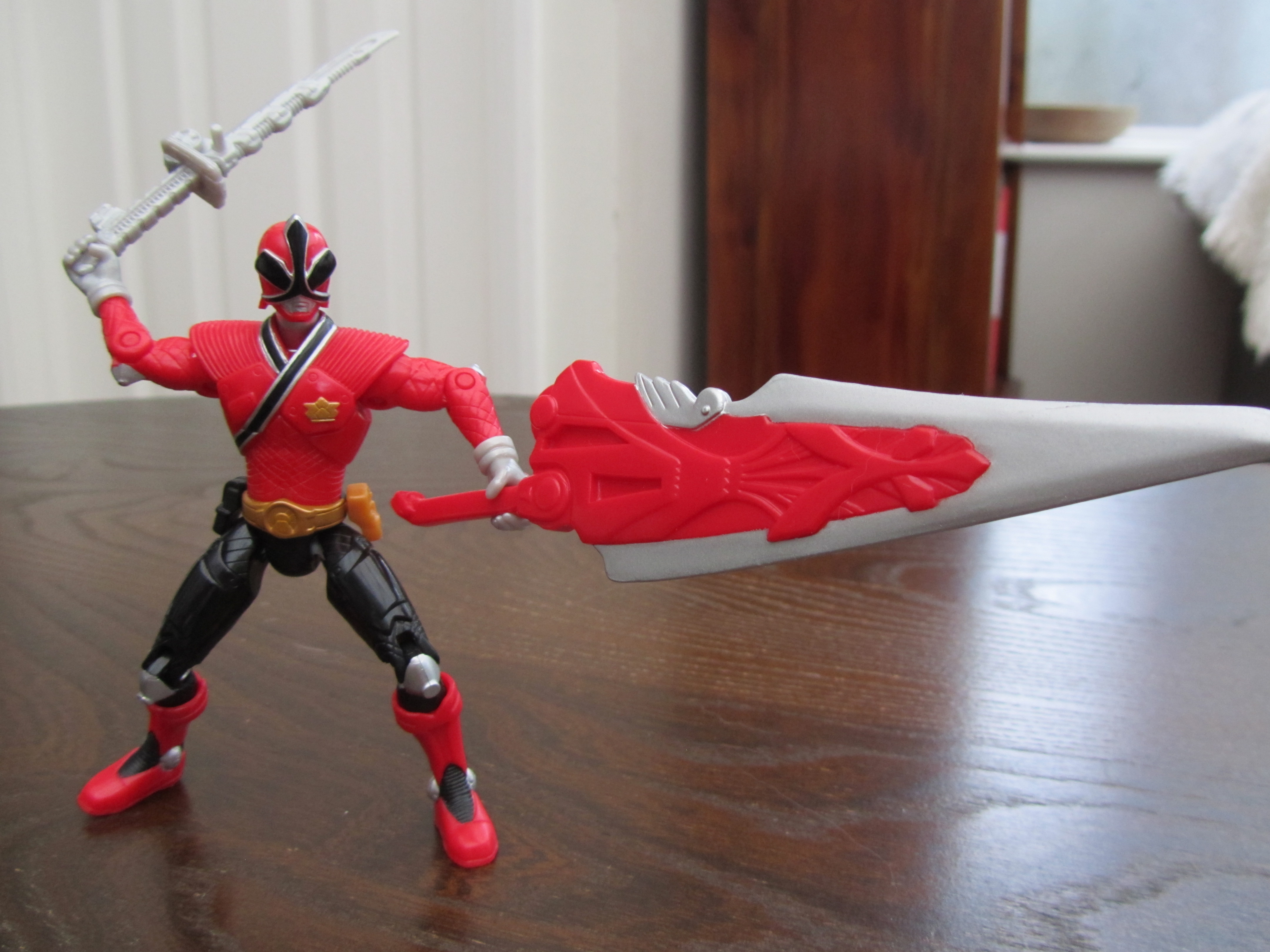 The 10cm Samurai Figure is made of plastic and has loads of flexible joints. Ben loved putting him into lots of different poses. The joints move well and the figure is well put together. I pulled at the arms and legs to see if it was easy to break, but it was sturdy.

The figure comes with two swords which clip easily onto the belt or with a bit more difficulty into the hands. The bigger sword was a little bit pointy and hurt when I was stabbed with it - but no more so than Ben's other toy figures' weapons!

It's a reasonable price at £6.99 and well made so it will last a while.

Power Rangers Samurai toys are suitable for children aged 4+ and are available at Argos, Toys R Us, Tesco, Asda, The Entertainer, Smyths, Toymaster and all good toy stores.