Quizonics - reviewed for What To Do With The Kids

Quizonics - reviewed for What To Do With The Kids 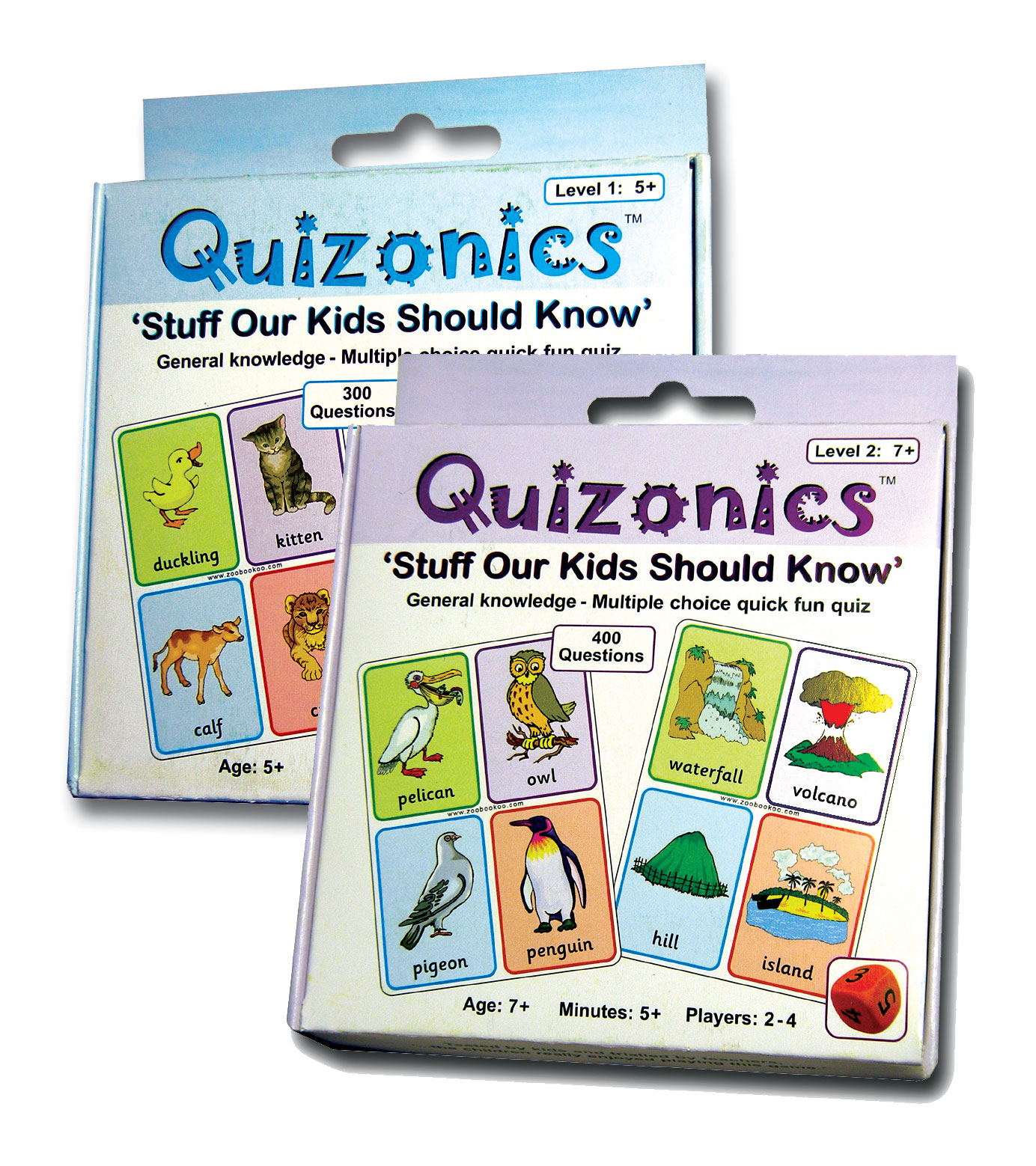 Quizonics is an extension of ZooBooKoo's successful Storyonics card game format using bright colourful imagery. This game is a general knowledge multiple choice quiz specifically designed for younger children. The quiz covers the 'Stuff Our Kids Should Know'. Quizonics is available in two levels: for age 5+ (300 questions) and age 7+ (400 questions) with RRP around £6.99.

We asked three families to try out Quizonics for age 5+ and tell us their thoughts...

I tried out this game with my little ones Dahlia aged 5 and Rukhsana aged almost 7 years old. We played the game in the car on a two hour road trip to visit their grandmother, during which the girls can usually get quite boisterous, but this game really kept them amused! It is ideal to play whilst travelling as it is small and light, however remember to take something to roll the dice into as otherwise it will keep getting lost in the car! The girls are very competitive and they really enjoyed trying to prove themselves cleverer than the other one. I felt this was a really nice game as I think they improved their knowledge while playing and were able to practice their reading together. My older girl is a very advanced reader for her age so it was great to hear her coaching her little sister. This was a much more productive way to spend their journey rather than listening to their ipods and playing video games.

Patrick with Chloe and Molly, aged 5

We settled down to play this game with our two 5 yr olds who love quizzes and guessing games.

Initially the girls loved the colourful pictures and the control of the dice on their turns. They liked the fact that it was quite a tactile game and they insisted on keeping the cards that they had guessed correctly
The rules were quite simple but the colour coding was not clear and caused some confusion and it slowed the game down to select the age appropriate question.

My grandchildren played this together while I was doing my after-school babysitting duty. They are all boys, aged from 5 -11, so the oldest boy is really too old to play it but he made a great referee and score-keeper for his younger brother and cousins. It's a good game for children of mixed ages to play as long as the age difference is not too large. The cards definitely look like something the kids would be used to seeing in reception class so probably more appealing to children of that age range. If you're looking for a game which is educational and fun then this is a good choice.