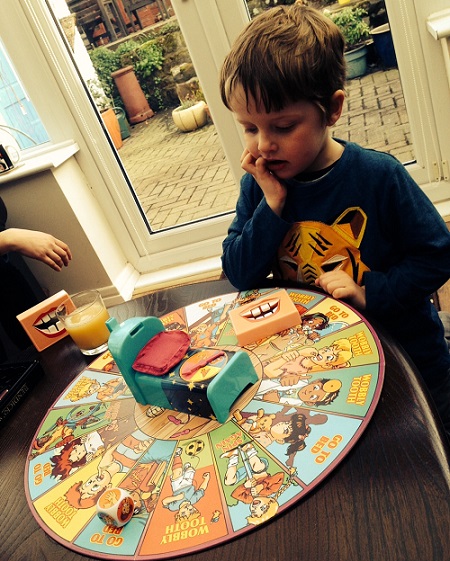 Reviewed by What To Do With The Kids, with Oliver, age 4.5

Drumond Park recently sent us a set of their children's games to review, including Dino Bite, Doh Nutters, and Magic Tooth Fairy, the subject of this review.

Magic Tooth Fairy was saved until last, firstly because the age range stated for the game was slightly older than Oliver, but also, quite honestly it looked like the least interesting from the pictures on the box.

It is said that you should never judge by appearances, and here we have a prime example – Magic Tooth Fairy turned out to be a huge success with Oliver, his favourite of all the games was reviewed. We ended up playing at least 15 times over the course of the weekend – no exaggeration!

To play Tooth Fairy, you have to spin the wheel, move to the relevant space on the board and hope to land on a ‘wobbly tooth’ square. When his happens, the player can pluck a tooth from their ‘mouth’ and place it in their back pack. On their following turns, they must try to land on a ‘go to bed’ square, which will give them the chance to put their tooth under the pillow and receive a gold coin. The first player to swap all four teeth for coins is the winner. 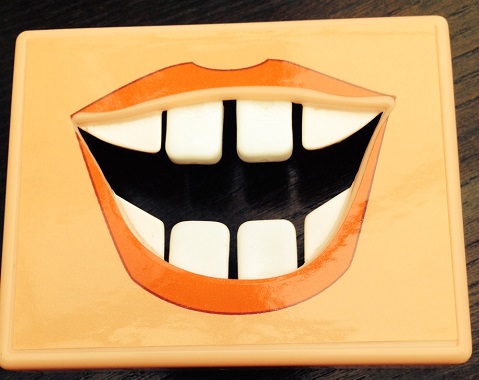 The age range for this game is 5+. Oliver is just 4 and a half, but we were easily able to strip out one or two of the rules to make the game more enjoyable for him, and he picked it up really quickly. Oliver keenly watched the progress of the other players, calculating his own chances of winning, based on the number of teeth left in all our ‘mouths’.  And most of all he enjoyed popping the pillow up to reveal the gold coins.

There is only one small negative we could find with this game, which is that the lever which you push down to flip the pillow up and reveal the coin can jump quite high – so be warned, don't let go of the lever when you’re getting a coin out. But other than that we, and most importantly, Oliver, thought it was great. He just wanted to play it over and over, before breakfast till last thing at night!

You can find out more about The Magic Tooth Fairy Game and find stockists by visiting the Drumond Park website, or buy it directly from Amazon.