A Cinderella Story: Once Upon A Song - Review

'A CINDERELLA STORY: ONCE UPON A SONG' NOW AVAILABLE ON DVD 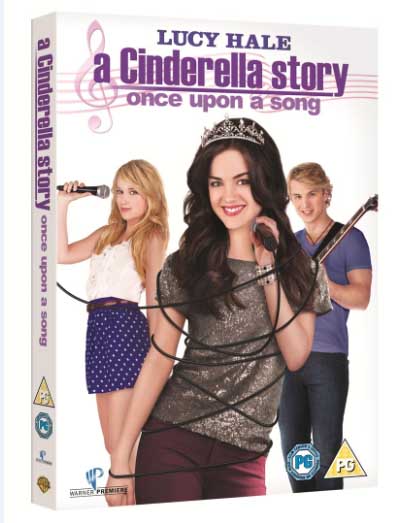 Prepare to be carried away by magic, music and romance as A Cinderella Story: Once Upon a Song is released on DVD and available to download from iTunes on the 21st May. To celebrate, we have 3 copies of the DVD to giveaway to lucky 3 readers!

A modern take on the ultimate fairy tale, the film follows 17 year old Katie (Lucy Hale, Pretty Little Liars, Privileged) as she is forced to do her stepmother and stepsisters' dirty work out of fear of being put back into foster care. Vocally gifted and destined for stardom, Katie is forced to record tracks for her untalented stepsister, Bev, who is trying to win a recording contract. Meanwhile, school heartthrob Luke (Freddie Stroma, Harry Potter and the Deathly Hallows Part 1 & 2, Harry Potter and the Half Blood Prince) falls for Katie after hearing her sing and embarks on a search to find the girl behind the song. As part of his quest, he walks in on Katie's stepsister lip-syncing to Katie's track and mistakes her for his mystery girl. As Luke continues to fall for Bev, the question is when will he realise that he's got the wrong girl? 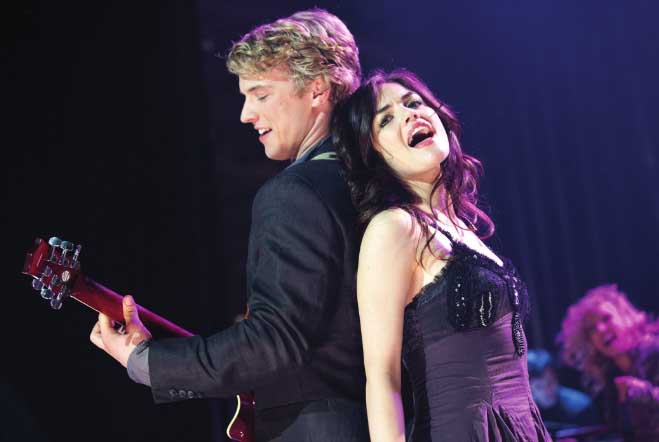 Reviewed by:The What To Do With The Kids team

Suitable for: All the family

Comedy, music, dance, romance, good guys and bad guys...this film has it all. A Cinderella Story is a really great film which has something for all the family. If you imagine a modern-day take on the fairytale classic mashed up with an episode of Glee, then you're in the right ball park.

There are some fabulous characters in the film. Kids will love Katie (the modern-day Cinders),  Luke (the Prince Charming character) and the mischievous and technically brilliant little brother Victor. Grown-ups will definitely enjoy the subtler humour provided by the evil stepmom and supporting characters such as Ravi, the live-in phoney spiritual guru.

The film is fast-paced and has some wickedly funny scenes, and at just under 90 minutes, it is just the right length to keep little ones focussed if watching with a mixed age group. The plot stays close enough to the original Cinderella Tale to be recognisable at various points throughout, but the makers of the film have done a great job in setting the story in a modern context

Kids of all ages (and parents) are going to love the music (you'll probably find yourself humming the tunes days after), and you might even be tempted to push back the furniture and join in with the Bollywood style dance-off which takes place at the ball.

All in all, we give this film a big thumbs up : we thoroughly enjoyed it and think it is a great film for all the family to watch together.